Wes Unseld, who spent his entire 13-year NBA career with the Bullets (later rebranded as the Wizards), is the franchise’s all-time leader in Win Shares with 110.1. Among the center’s many accomplishments, “The Wide U” was voted the league’s MVP as a rookie, was a five-time All Star, and led the team to the 1977-78 championship title. 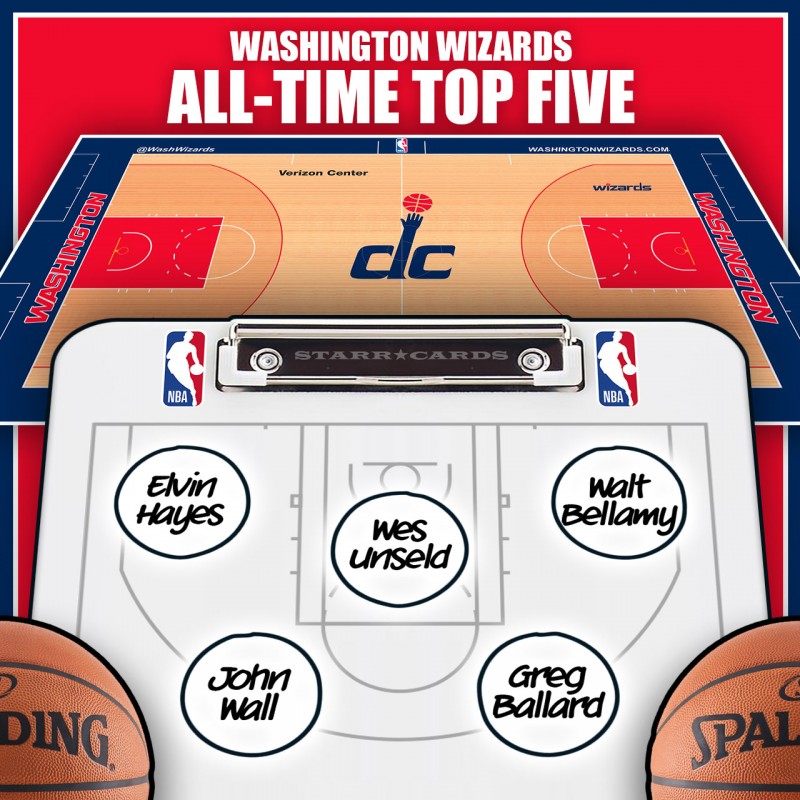 After Unseld, the next biggest contributors to the Bullets/Wizards by Win Shares are fellow big men Elvin Hayes (80.0) and Walt Bellamy (57.0), forward Greg Ballard (48.6) and guard John Wall (44.8).