Henrik Lundqvist, who tended goal for the New York Rangers for over a decade, is the the team’s all-time leader in Point Shares with 173.2 for his career. Among the Swedish star’s many accomplishments in the Big Apple, “King Henrik” was twice voted an All Star and won the Vezina trophy at the conclusion of the 2011-12 season as the NHL’s best goalie. 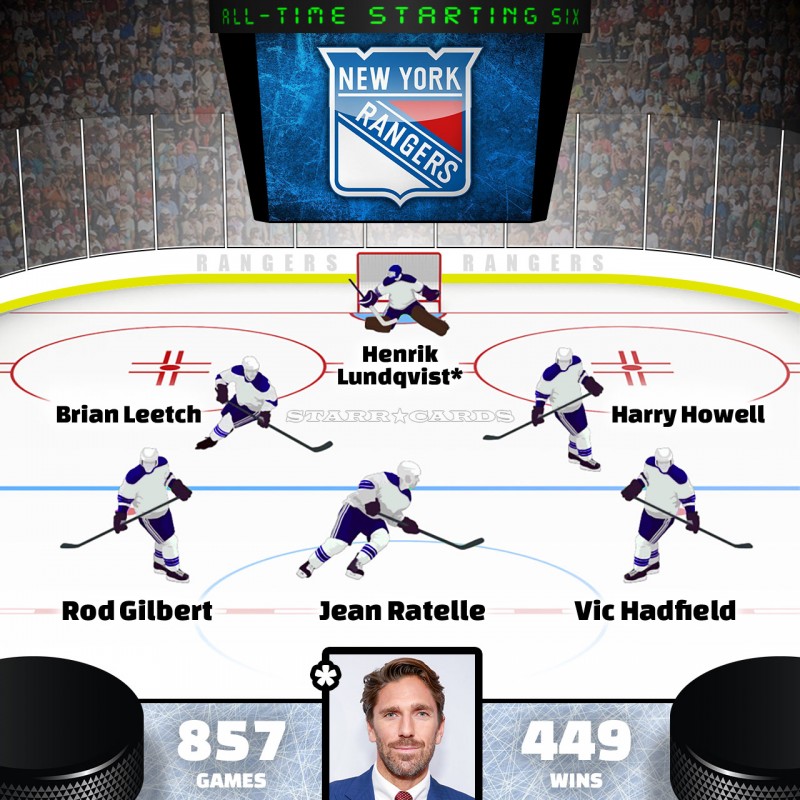