What would NHL 15 look like with your team’s star on the cover?

What would NHL 15 look like with your team’s star on the cover?

Late last month, Bruins center Patrice Bergeron was announced as the EA Sports NHL 15 cover athlete. Bergeron outpaced Canadiens defenseman P. K. Subban in the final round of voting at a 3:2 ratio after 10 millions votes by hockey fans were tallied. 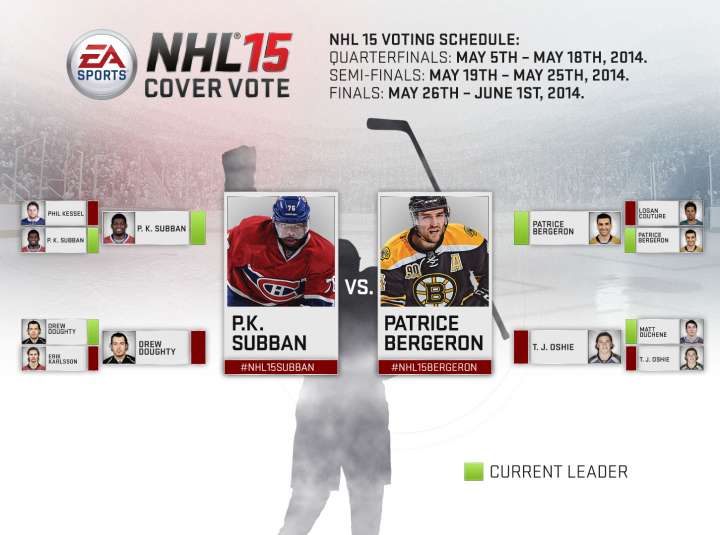 While the vote result is all fine and dandy for Bruins’ fans, what about the backers of the league’s other twenty nine teams? Imgur user braddaugherty8 used a little bit of creativity and a whole lot of Photoshop to imagine what might have been.

The advance trailer of NHL 15’s graphics will make hockey fans want to fast forward through summer to the game’ fall release date.