If you have a few extra Benjamins burning a hole in your wallet, you might consider springing for a bit of baseball history in the form of one Derek Jeter game-used sock. Not socks, but sock. Singular. 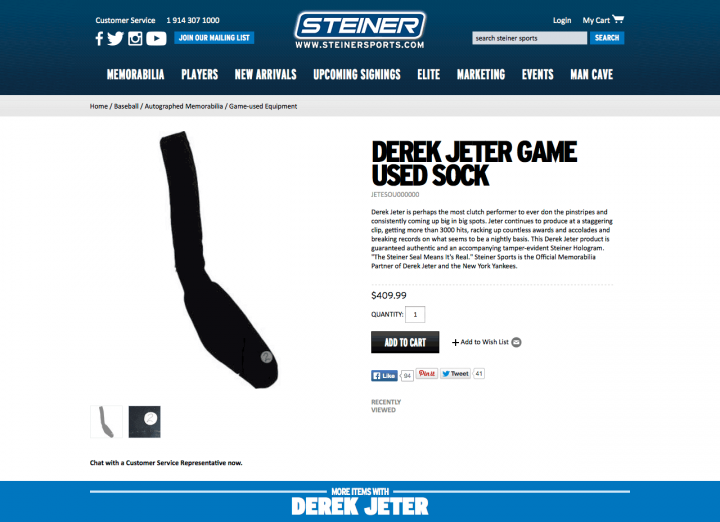 For some the sock’s shape may serve as a Rorschach test. Unbent the sock resembles California, but with a simple 90 degree fold of the leg portion, it looks a whole lot like Jeter’s retirement destination. 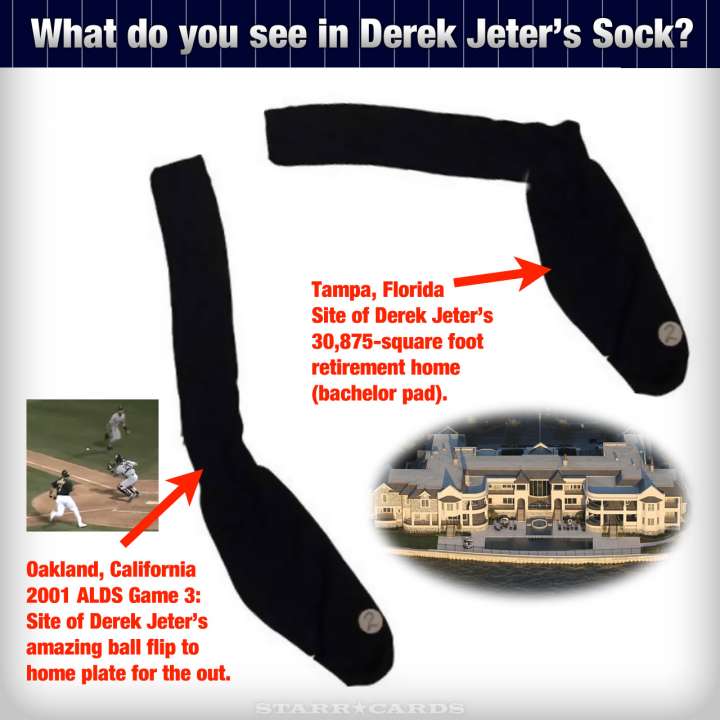 Jeter’s gone through a lot of socks over the course of his career, but none so nimble as the pair he donned in Game 3 for the 2001 American League Championship Series in Oakland.

A stop-motion animation of the same play, made No. 7 of Yankees captain’s top 10 career highlights.