When it comes to trick shots, Texas-based Dude Perfect has covered the gamut of exotic sports from Nerf archery to roller tennis, but now there back to basics with a video dedicated to America’s Pastime.

The Dude Perfect crew headed to the RoughRiders ballpark in their hometown of Frisco, to execute a number of trickshots including The Bounce Back Swisher, Bunt Buckets, and Bowling Pin Strike. 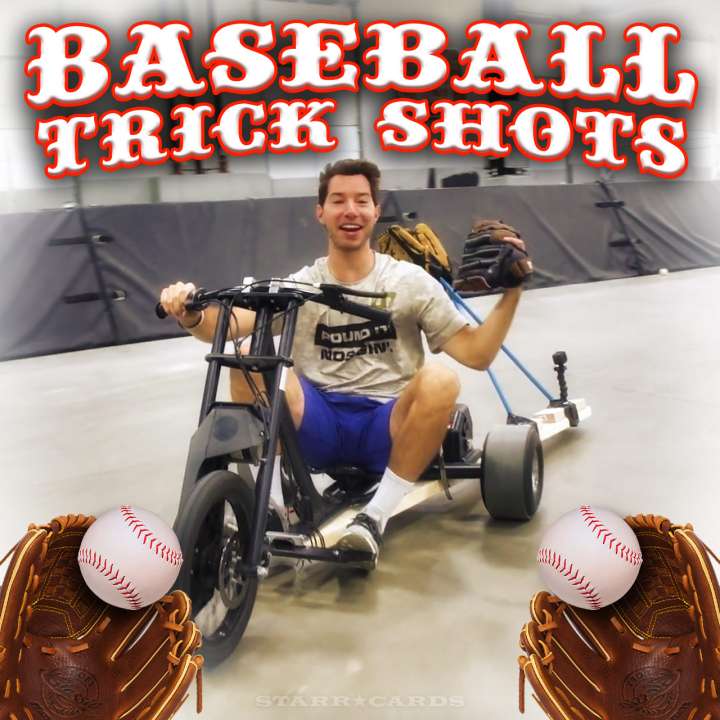 Back at the warehouse, the Throwing to a Buddy trick shot had Cody Jones tossing a baseball into a glove attached to a three-wheeler driven by Cory Cotton.

Prior to the start of the 2016 baseball season, Dude Perfect momentarily set the trick shots aside for some serious competition. The crew travelled to Arizona where they competed in a home run derby and dizzy egg toss with MLBers Kris Bryant and Mike Moustakas.

In 2012, Dude Perfect’s first baseball trick shots compilation was released and has since racked up more than 12 million views on YouTube.