Even as 22-year-old Jordan Spieth wowed the golfing world with his sterling 2nd-round 5-under-par 67 at the PGA Championship yesterday, an Indian youngster may be emerging as a future challenger to Rory McIlroy’s No. 1 ranking.

The story of Shubham’s journey to the top of the junior ranks, is the stuff Bollywood movies are made of. The son of a milkman, he hails from a nondescript village of Israna in Haryana, India.

Five years ago, encouraged by his grandfather, Shubham eschewed his village’s preferred sport of wrestling to try his hand at golf. A mustard field was converted into a makeshift golf course with three holes, and Shubham watched YouTube videos for instruction. Completely self taught, he practiced bunker shots from sand destined for cement mixers. 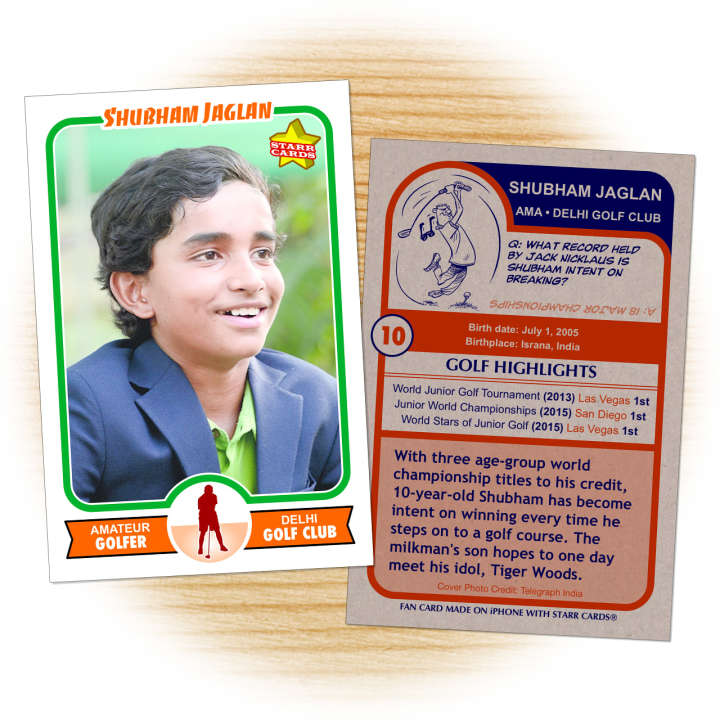 It didn’t take long for Shubham’s innate talent to be recognized — he was soon awarded a stipend to continue perfecting his game at the Delhi Golf Club in India’s capital. In 2013, he won his first world title at the World Junior Golf Tournament in Las Vegas, Nevada. Shubham showed off his silky-smooth swing in a television interview conducted a year earlier.