NBC’s Little Big Shots had host Steve Harvey showcase extraordinary young people from across the nation. One of his early guests was 3-year-old Yoshi Koge, who came on the show back in 2016 to demonstrate his obstacle racing skills.

During Yoshi’s visit, a miniaturized American Ninja Warrior course was revealed on stage, and ANW announcer Akbar Gbaja Biamila was brought out to call the action as the young ninja carefully navigated each obstacle. 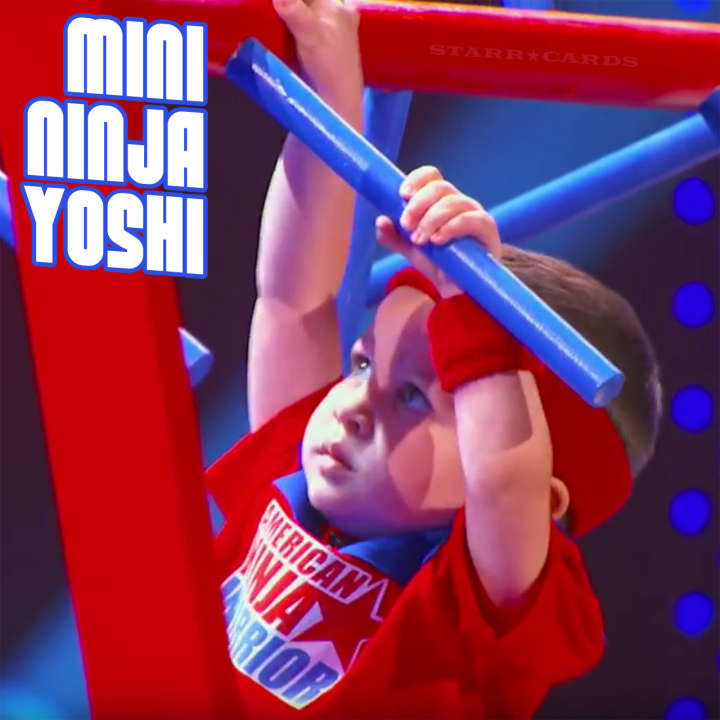 With ANW’s lowering the threshold for participants to age 19, you can expect to find Yoshi bringing his skills to the big stage starting in 2032.

Yoshi first burst onto the scene six months earlier with a viral video uploaded to YouTube by his mother. The knee-high ninja raced on a backyard course featuring six simple obstacles assembled by his father.

Dedicated to his craft, Yoshi’s training simply moved indoors to the living room when the weather proved inclement.