WWE SmackDown Women’s Champion Alexa Bliss doesn’t have anything on Angelina Kelly. The 7-year-old wrestler already has two Illinois state titles to her name, and even has her own promo rhyme which she confidently recited for Steve Harvey on the talent show Little Big Shots.

After following her older brothers into wrestling, Angelina quickly became a force to be reckoned with on the mat. Angelina’s relentless work ethic is readily evident in the above video shot by her mother Kallie, in which she pins opponents in consecutive matches. 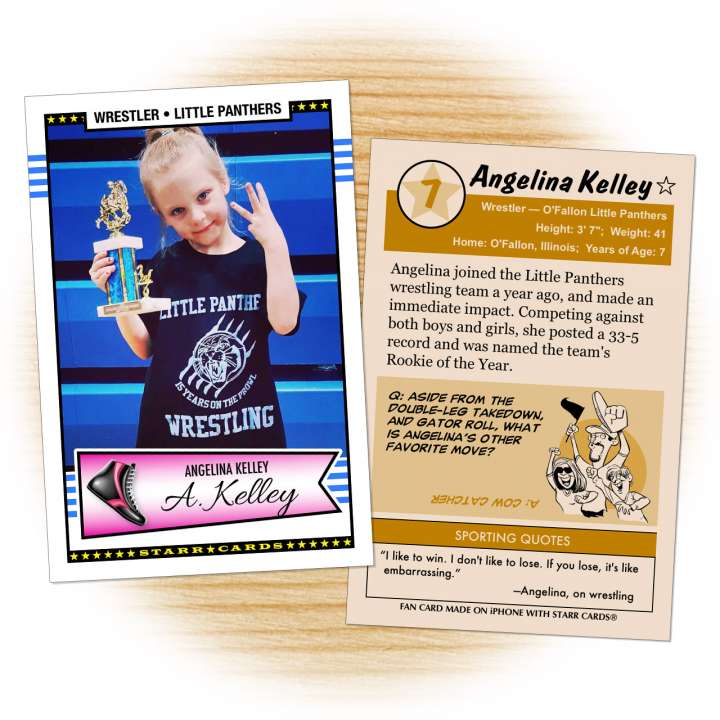 In retrospect, Angelina’s prodigious will power may have started developing straight out of the womb. Just one pound three ounces at birth, Angelina spent the first 6 months of her life in the hospital, where she steadily gained weight and strength.