When it comes to creative game shows, one would be hard pressed to find any nation that can compete with Japan’s myriad offerings. Case in point: NTV’s long-running Kasou Taishou aka Kinchan and Katori Shingo’s All Japan Costume Grand Prix aka Masquerade — a semi-annual contest in which various amateur groups (or solo artists) perform interpretive skits, which are rated by a panel of judges. 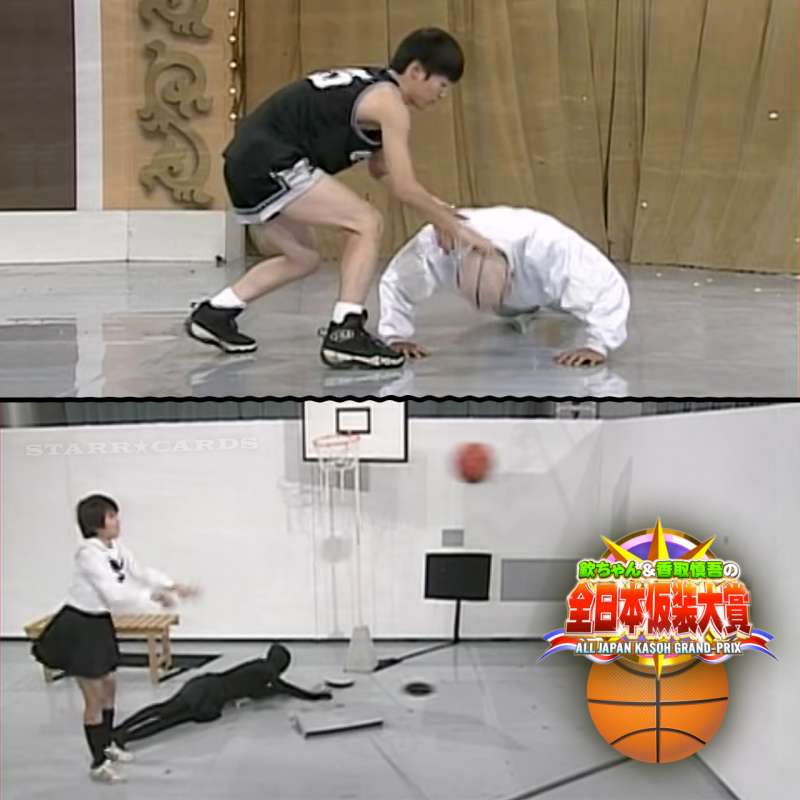 Masquerade first rose to worldwide attention with a wildly inventive sketch known as “Matrix Ping Pong” that has since spawned numerous imitations. A number of other sports-related acts have done well on the show including the following two that explore basketball as performance art.

With his uncanny ability to stay a step or two ahead of the action, LeBron James is lauded for using his head in basketball, but the unlucky half of the Japanese duo above took the metaphor a step further, by using his head as a basketball.

The mind-blowing creativity that is a hallmark of Masquerade is on full display with this basketball-playing girl and her shadow. The ball’s “shadow” in particular is the stuff of genius, as it accurately tracks the basketball as it is dribbled, bounced off a wall, and shot through the hoop.