Bernie Parent, who tended goal for the Penguins during the “Broad Street Bullies” era, is the team’s all-time leader in Point Shares with 106.8 for his career. Among the Parent’s many accomplishments in Philadelphia, the 5-foot-10 Quebecker led the Pens to two Stanley Cup titles while picking up a pair of Conn Smythe and Vezina trophies. 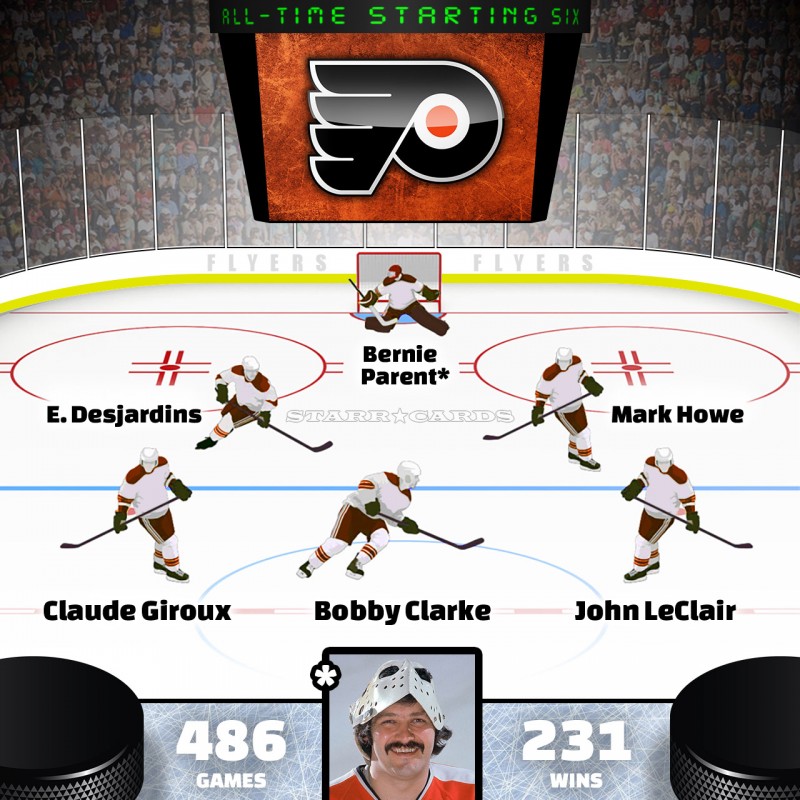