Best NHL jerseys of all time headlined by Blackhawks, Canadiens and Kings

Best NHL jerseys of all time headlined by Blackhawks, Canadiens and Kings

The National Hockey League has boasted many talented teams over the years, and just as many noteworthy jerseys: from the old-school uniforms of the Original Six to the freshly-sewn threads of the Vegas Golden Knights.

WatchMojo counted down their picks for the top 10 best uniforms in NHL history with the Hartford Whalers (1992-97) coming in at No. 10.

A more panoramic view of hockey’s most fashionable (and foul-worthy) jerseys can be found at Pop Chart Lab. This cherry-picked check-list of the NHL’s most striking sweaters — and a few from Canadian, minor, and Olympic teams — skates through 110 years of high-sticking history. 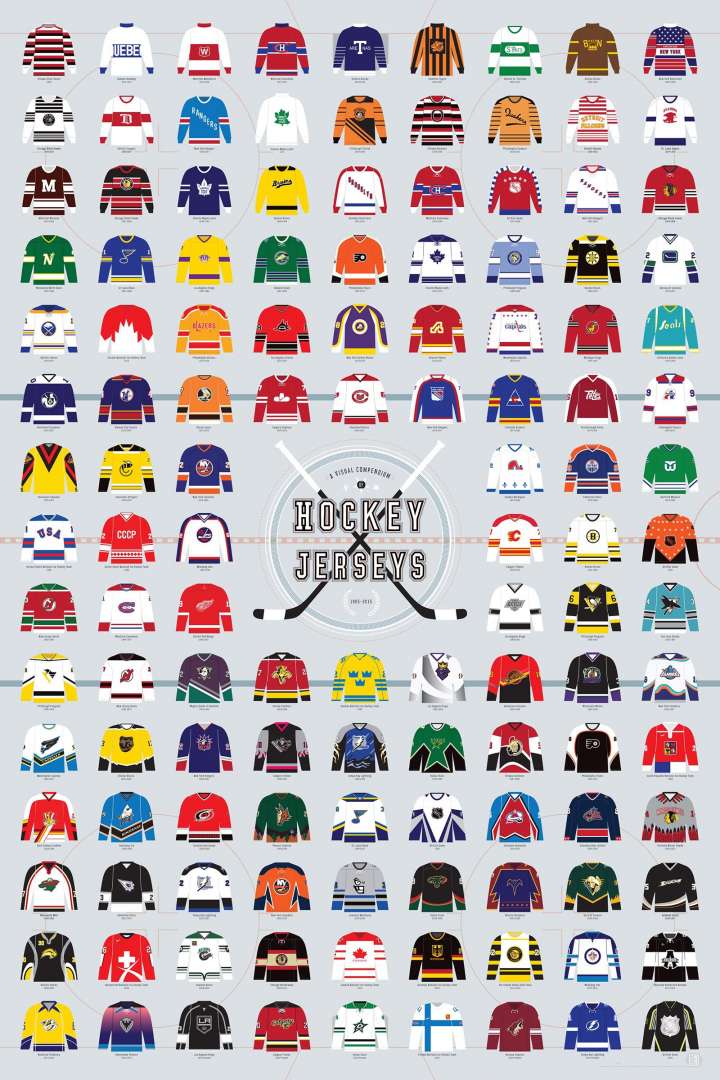 Look closely and you’ll find classics like the ’55 Blackhawks and the ’86 Red Wings, curiosities like the ’95 Bruins “Smile Bear” and the ’06 Sabres “Banana Slug”, and a few goon-y gaffes that should probably go in the penalty box forever (we’re looking at you, ’78 Canucks and ’96 Lightning).

As for the current crop of NHL jerseys from Adidas, TDI Hockey ranked all 31 according to his personal preference and put the Vegas Golden Knights at No. 1 followed by the Minnesota Wild and Colorado Avalanche.