Since its release last year, Fortnite has rapidly become one of the most popular multi-player survival games in history, with popular YouTubers like KSI and Logan Paul regularly getting in on the action. With its Minecraft-like building ability, enterprising players have built some impressive edifices… including epic sports’ venues.

In the above Fortnite Battle Royale video, gamer SXVXN and a buddy construct the world’s largest soccer stadium while providing both gameplay and building tips for others to try and replicate the feat. 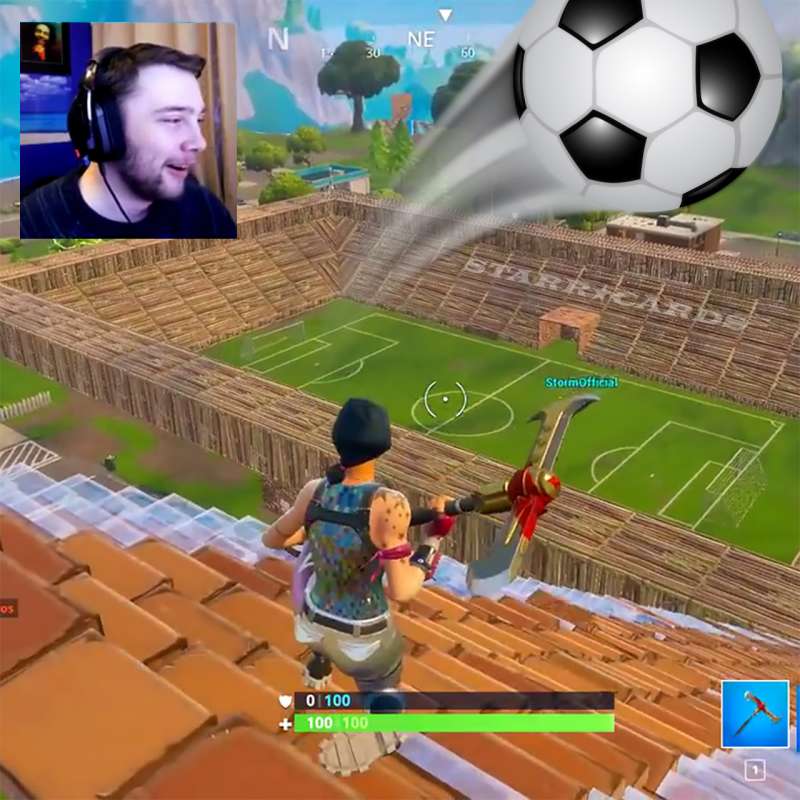 Making their effort all the more impressive, is the fact they managed to win the battle even after spending the bulk of their efforts on the stadium build and scoring a few goals.

Football/soccer intersects with Fortnite again in real-life Battle Royale featuring YouTubers Kieran and Ewan. The pair skydive into a grassy area on a real-life map where they collect soccer shoes and attempt to eliminate opponents with targeted soccer ball kicks. Naturally, there’s a victory dance at the end.