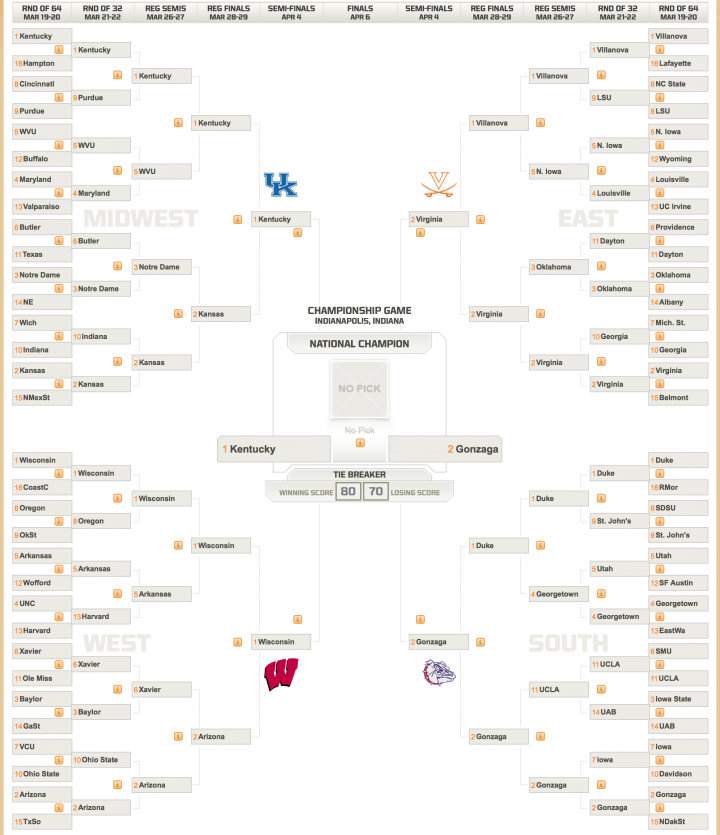 Nia Sanchez still has a few months left on her reign as Miss USA, which may explain why she opted not to select an ultimate winner and thereby avoided offending any of her Final Four. 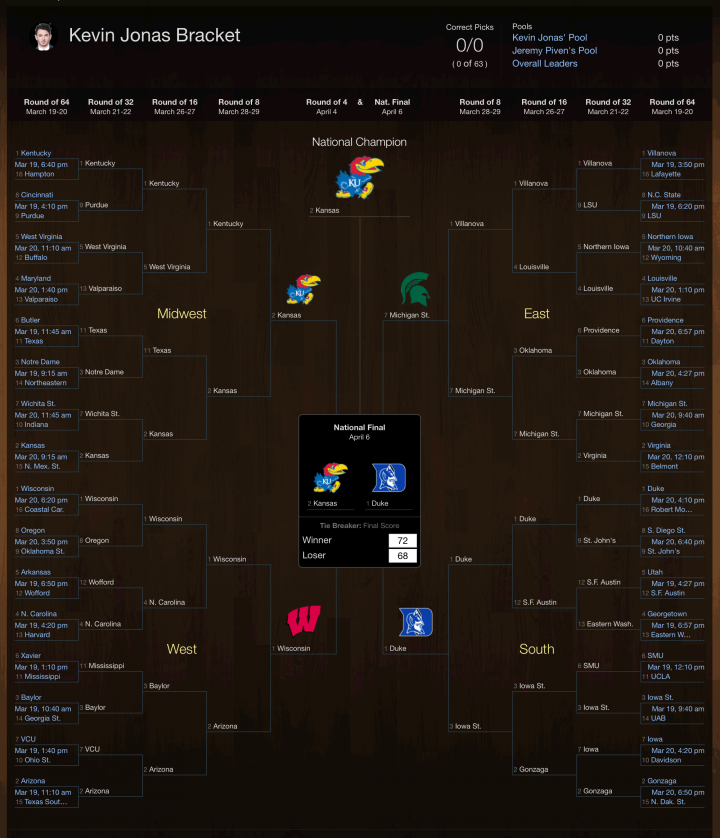 The eldest of the Jonas Brothers is going against the grain by picking the Kansas Jayhawks against the field. Is he suffering from paranoid delusions? 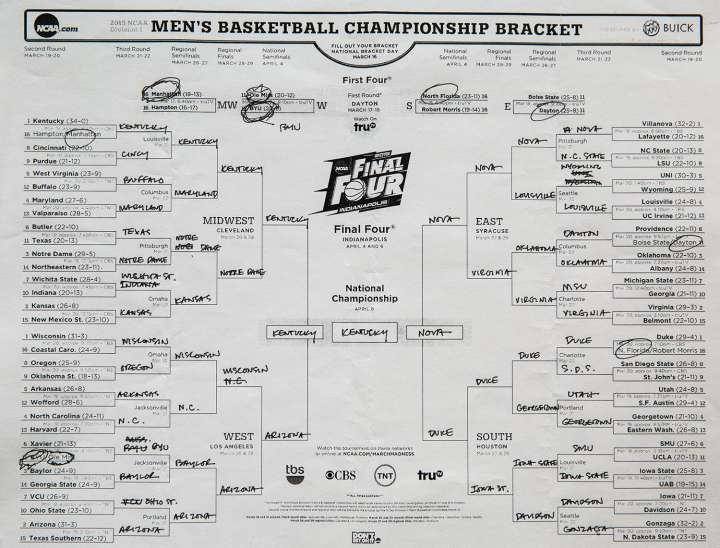 President Obama, who certainly isn’t one to shy away from controversy, makes the safest of safe picks in choosing Kentucky. 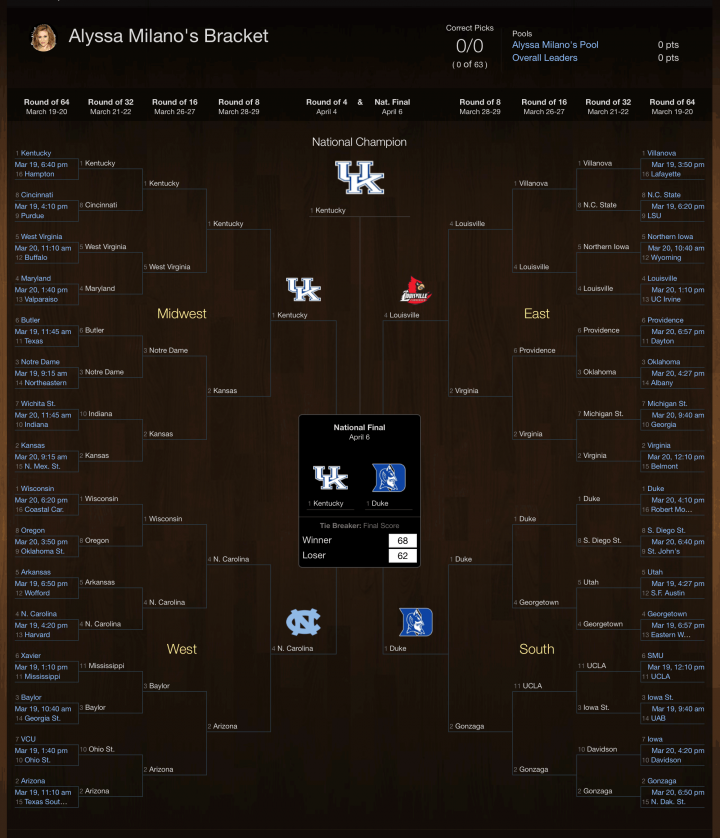 If you think you can outperform Alyssa Milano’s picks, keep in mind she’s charmed — or, at least, she was at one time. 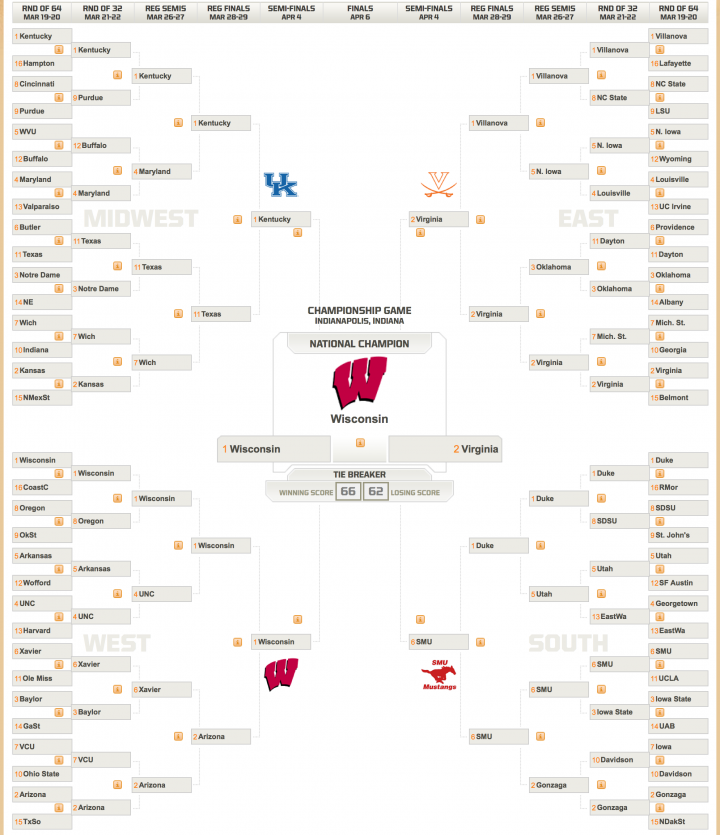 Dana White has the Badgers winning it all, which may be a strange tip of the hat to UFC heavyweight Ben Rothwell who hails from Kenosha, Wisconsin. More likely, it’s just a savvy pick in deference to the Badgers’ famed lockdown defense.