Before the Seattle Supersonics moved to Oklahoma City and rebranded themselves as the Thunder, defensive stalwart Gary Payton starred for the team on way to becoming the franchise’s all-time leader in Win Shares with 123.8 for his career. Among his many accomplishments, “The Glove” was a 9-time All Star with the erstwhile Sonics. 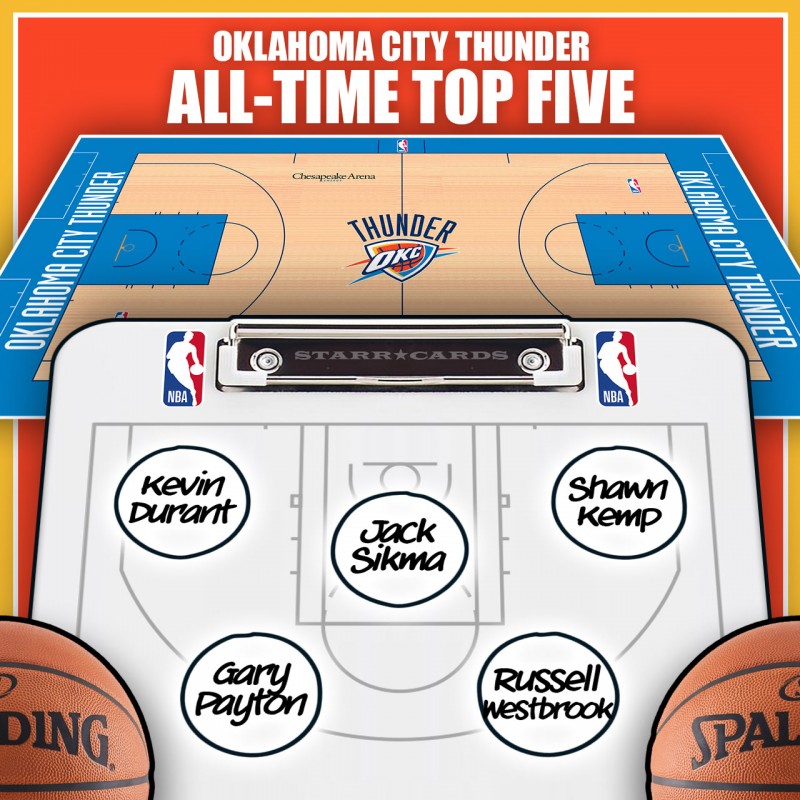 After Payton, the next biggest contributors to the Thunder/Supersonics by Win Shares are guard Kevin Durant (107.9), guard Russell Westbrook (96.9), center Jack Sikma (79.0), and forward Shawn Kemp (67.6).