While Conor McGregor was dominated by undefeated Khabib Nurmagomedov at UFC 229, he is still the undisputed champion when it comes to being rendered in claymation. 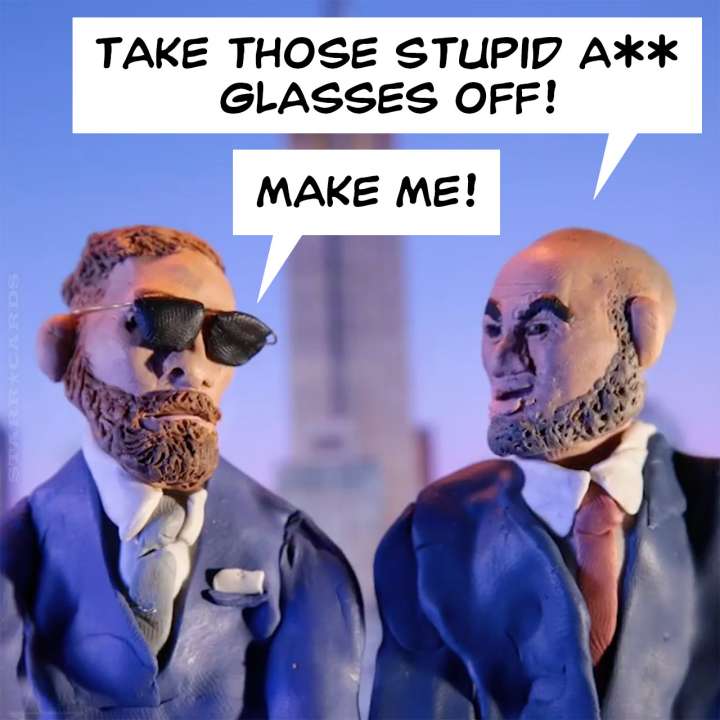 Enjoy the whimsical video clips presented below courtesy of AZXD…

In 2015, at UFC 194, McGregor defeated José Aldo for the featherweight championship via knockout after thirteen seconds in the first round — the fastest victory in UFC title fight history.

By the time of the UFC 196 weigh in, McGregor has added nearly 25 pounds onto his normally svelte frame.

Dana White scratched McGregor from the UFC 200 main event after the Irishman refused to crisscross the Atlantic to fulfill his promotional obligations.

Following his UFC 202 fight, McGregor was feeling feisty having avenged his UFC 196 loss to Nate Diaz with a majority decision win.

Things got testy at the UFC 205 pre-fight press conference with Eddie Alvarez telling McGregor to remove his “stupid-ass” sunglasses, and the latter inviting the former to try and make him do it.

McGregor ran into some Big Apple legal trouble after chucking a steel hand truck at a bus carrying fighters who were on the UFC 223 card.