Conor McGregor’s troubled relationship with press conferences continued at the UFC 202 pre-fight sit down with Nate Diaz. Conor showed up late, cheekily blaming his tardiness on a surge in Las Vegas traffic due Saturday’s main event. 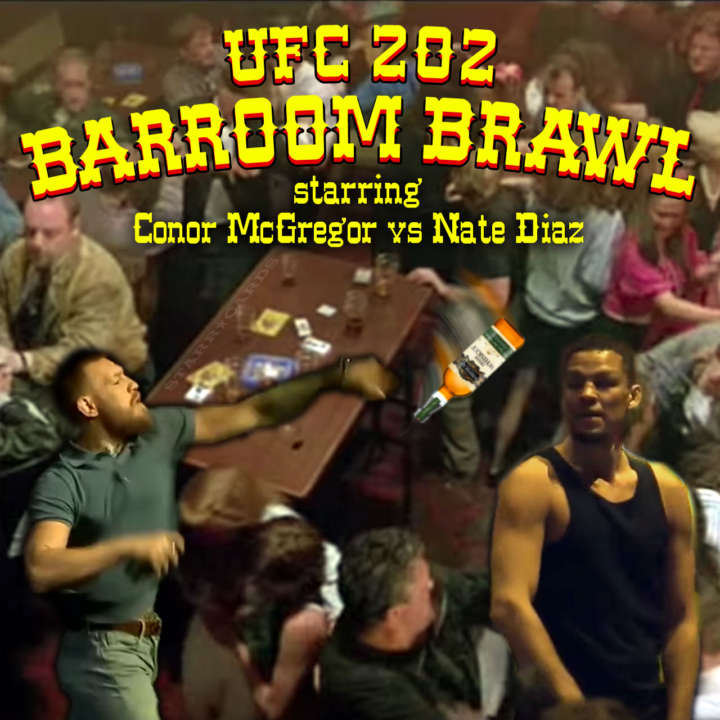 While McGregor was busy assuring the press that their fight series would be a trilogy, Diaz decided to make an early exit from the dais. Diaz and his entourage taunted McGregor as they were corralled out of the conference room and soon bottles and cans were flying between the parties in the theatrical tradition of a barroom brawl.

The full-length unedited fracas can be viewed above (be forewarned that it contains a healthy dose of NSFW language and lewd gesturing following the 19 minute mark).

#TeamMcGregor is ready for #UFC202 Fight Week! Tweet your words of encouragement to @TheNotoriousMMA using #ConorMcGregor

So who will win UFC 202 — a browner, brawnier McGregor, or the Stockton slapper Diaz?