Denis Potvin, who starred for the Islanders for fifteen years starting with the 1973-74 season, is the team’s all-time leader in Point Shares with 160.7 for his career. Among the defenseman’s many accomplishments in New York, Potvin was a seven-time All Star and won the Calder Memorial Trophy and three Norris trophies. 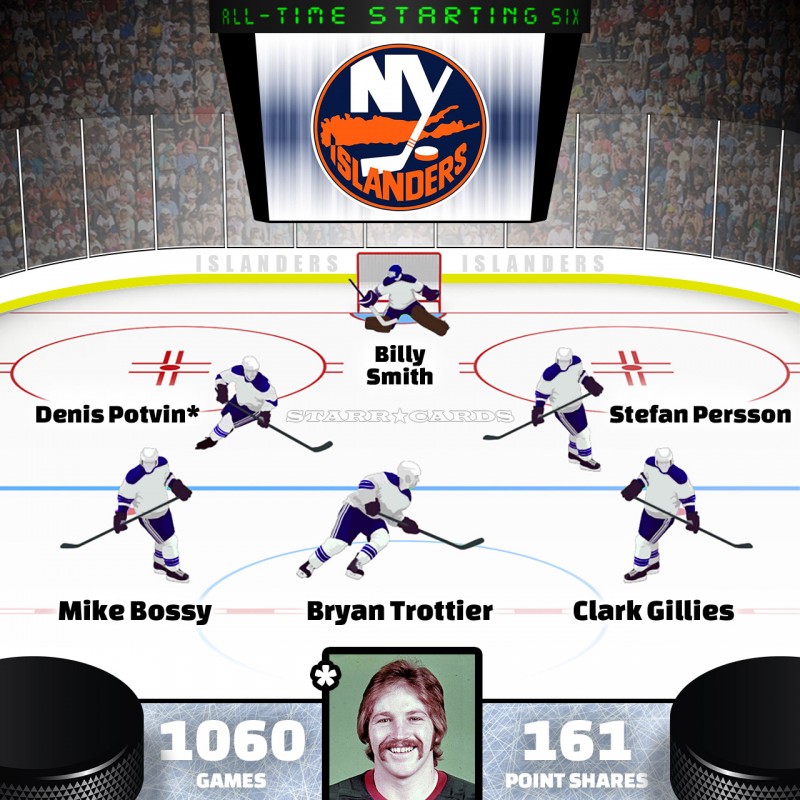