For anyone who has ever had a pleasant respite in the park disturbed by an intrusive drone and fantasized about shooting it from the sky, Dude Perfect‘s “Drone Hunting Battle” video is a dream come true. 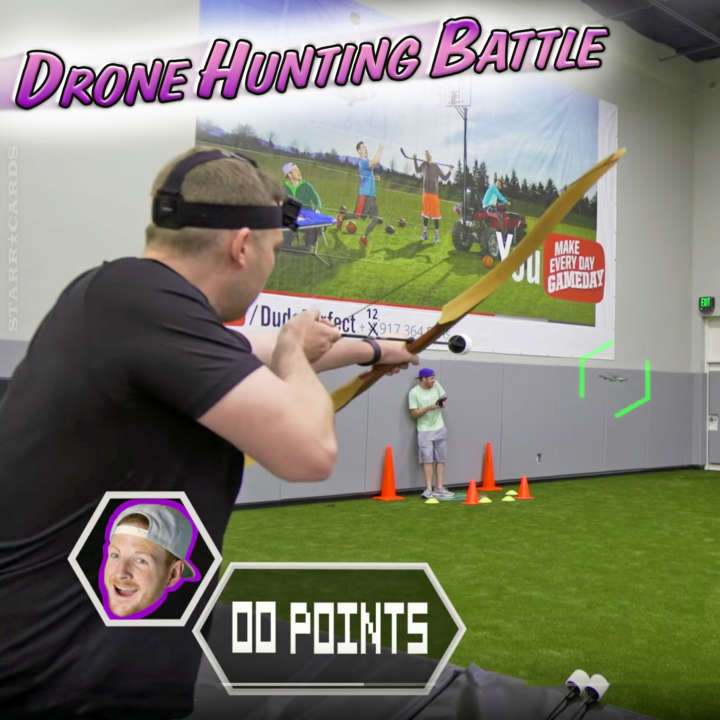 One Dude Perfect crew member attempted to pilot a drone through three suspended rings to a small landing platform, while the others used bow and arrow, JUGS football machine, single-shot stress ball cannon, and rapid-fire cannon to try and clip its wings.

For those intent on shooting down drones in the wild, there are a number of commercial options available including the SkyWall 100 which dispatches a net to entangle the rotors of the invasive drone.