Tyler Toney kicks off Dude Perfect’s misleadingly-named “Airplane Trick Shots” video (they use gliders, not airplanes) with a Triple-Hoop Loopty Loop which nails a seated Cody Jones smack dab in the sternum.

Garrett Hilbert followed Toney’s trick shot by sending his glider under and over three hurdles of different heights onto a miniature landing strip. But it was one of Dude Perfect’s twins who executed the best trick shot of all…

According to legend, William Tell was obligated by a local big shot to shoot an apple off his son Richard’s head with his crossbow. Eight-hundred years later, Dude Perfect put their own twist on that famed trick shot with a glider and balloon replacing arrow and apple. 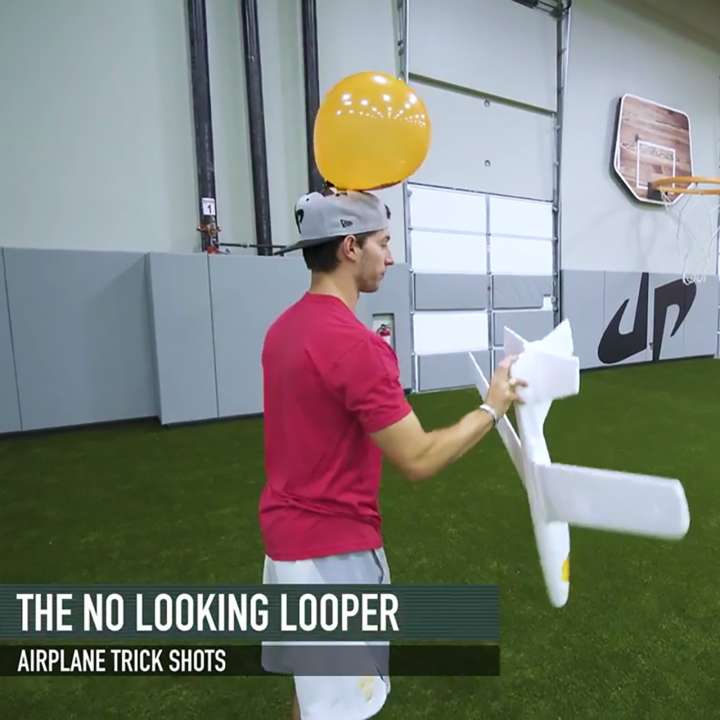 For the No Looking Looper trust shot, Cory or Coby Cotton (how does one tell them apart?) had only himself to blame if things went wrong. 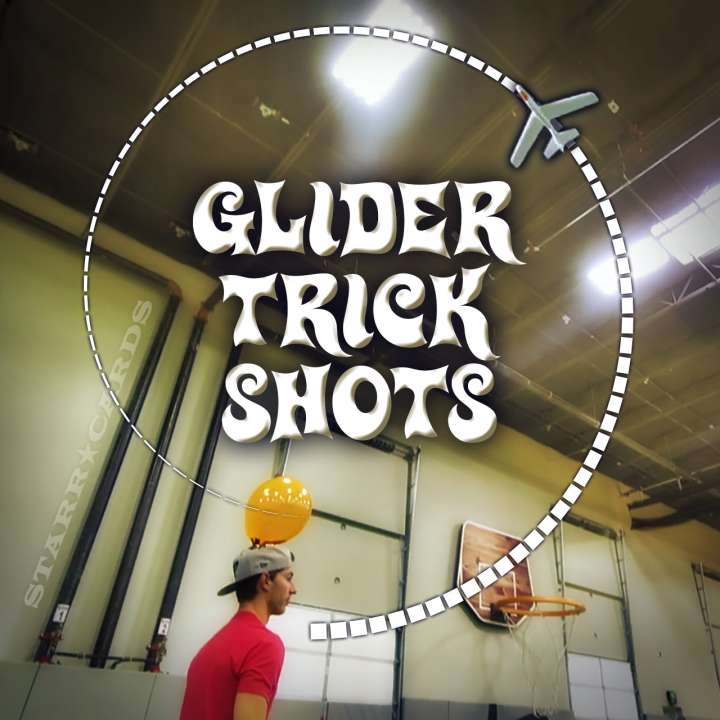 Cotton threw a glider outfitted with a “death device” in its nose up over his head before before it looped down behind him to pop the balloon affixed to his cap. 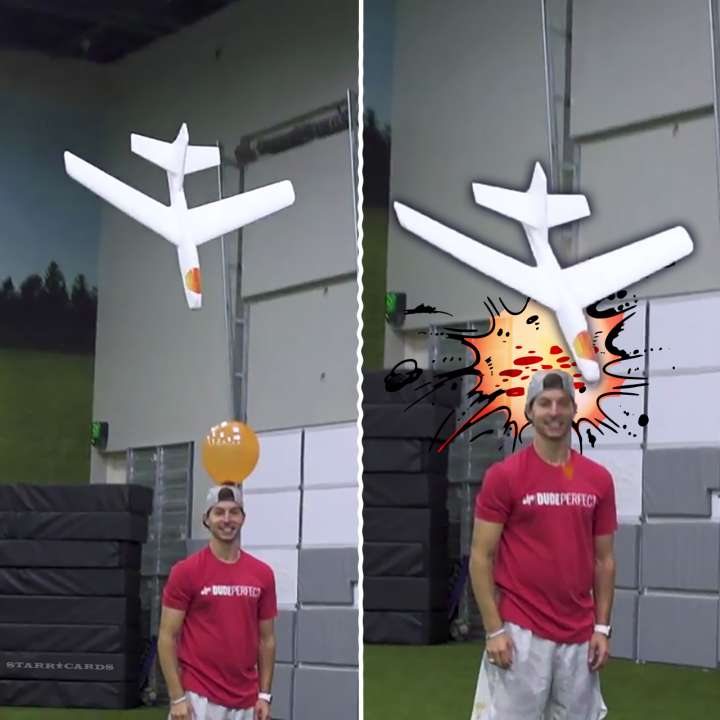 Thankfully for Cotton, and Dude Perfect’s family-friendly reputation, no twins were harmed during the filming of the trick.