Porter Maberry began his Dunk King title defense by unleashing a death-defying dunk in the first round of the 2017 edition of TNT’s popular dunk competition. The 5-foot-5 high flyer from Grand Rapids, Michigan, dazzled the judges with his 5-5-5 dunk wherein he leaps over five guys standing in a row en route to throwing down a windmill jam. 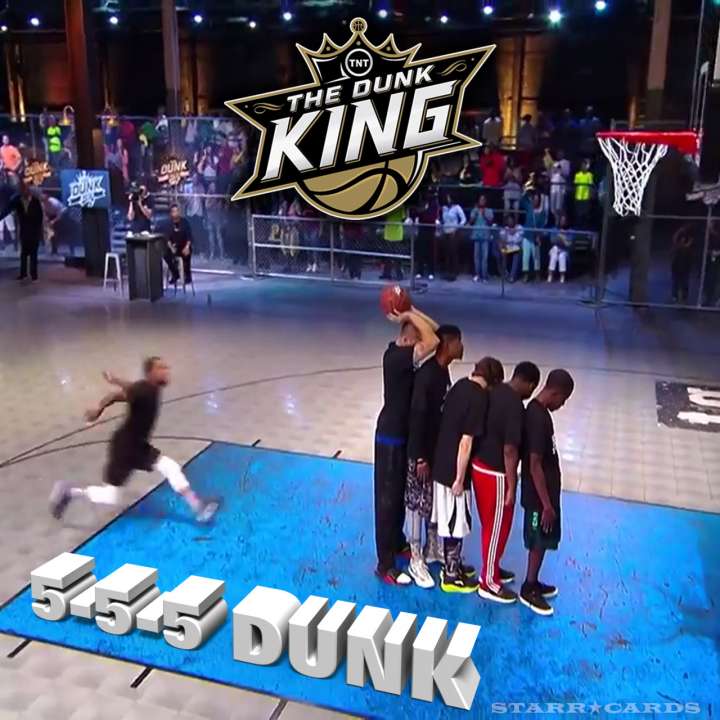 Nate Robinson awarded Maberry a perfect score of 100 for his effort, as did Shaquille O’Neal — who jokingly claimed to have been 5-foot-5 by the time he was two months old. Julius Erving nitpicked the ball not being flushed cleanly through the basket in scoring the dunk as a 98.

Maberry’s second-round dunk was nearly as impressive as his first. He launched himself over a man standing between two motorcycles for a reverse jam, garnering scores of 99 from both Robinson and Erving, while O’Neal graded it a 96.

Maberry won the inaugural Dunk King contest by hopping over the 7-foot-2 O’Neal while flushing down a one-handed hook jam.