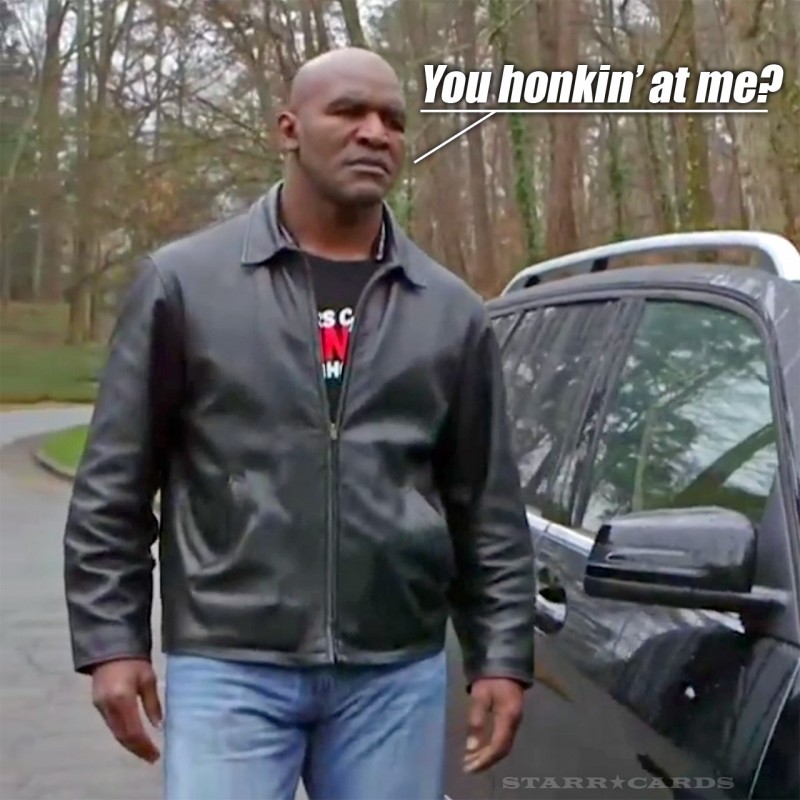 There are plenty of reasons not to engage in road rage, but now Evander Holyfield has supplied one more… himself. The former heavyweight champ lent his acting talent and 6-foot-2-inch frame of finely-hewn muscle to the state of Georgia for an anti-road rage PSA.

Years ago, Holyfield, then 17 years old, had his car die in traffic. Another driver began threatening him, but Holyfield followed his mother’s advice to chill and resisted putting the beatdown on the huffy aggressor.

''I was 17, but I could fight and the guy is making all this noise. He was probably thinking I can’t fight. I was a good fighter. I was an amateur champion.”

If you’ve ever wondered what causes road rage in the first place, have a listen to Eckhart Tolle. Considerably smaller than Holyfield, the German spiritual teacher still packs a philosophical punch.