Qatar Airways came up with a unique way to get passengers to tune in to the obligatory air safety instructions — they recruited stars from the world’s most popular soccer team to make comedic cameos. FC Barcelona’s Lionel Messi, Neymar and Luis Suarez capably mug their way through the four-minute in-flight video which has already accumulated more than 3 million views on YouTube.

Gerard Pique serves as the foil for explaining the usage of the drop-down oxygen masks under the pretense that his female fans get lightheaded in his presence. 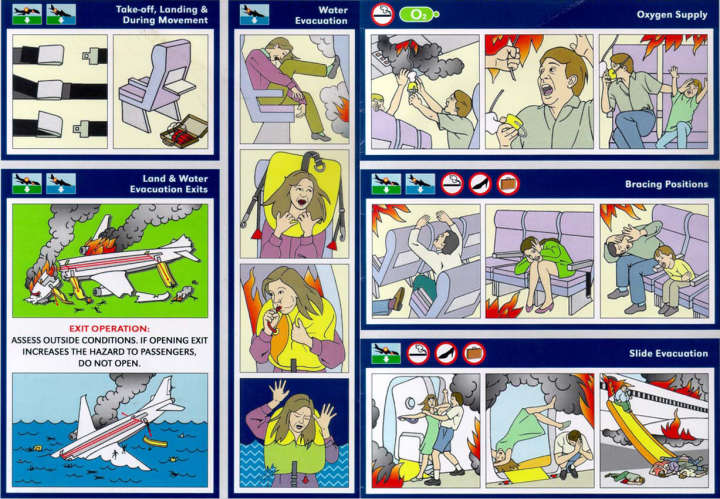 While Qatar Airways chose a humorous approach to their in-flight safety video, it’s unlikely they will ever employ the safety card parody shown above. Then again, it would be a hit on social media…