Sports from cricket to soccer hold World Cups every four years to determine the ultimate team. Even bakers have the Coupe du Monde de la Boulangerie to show off their skills. So it should come as no surprise that firefighters also have their own premiere competition. 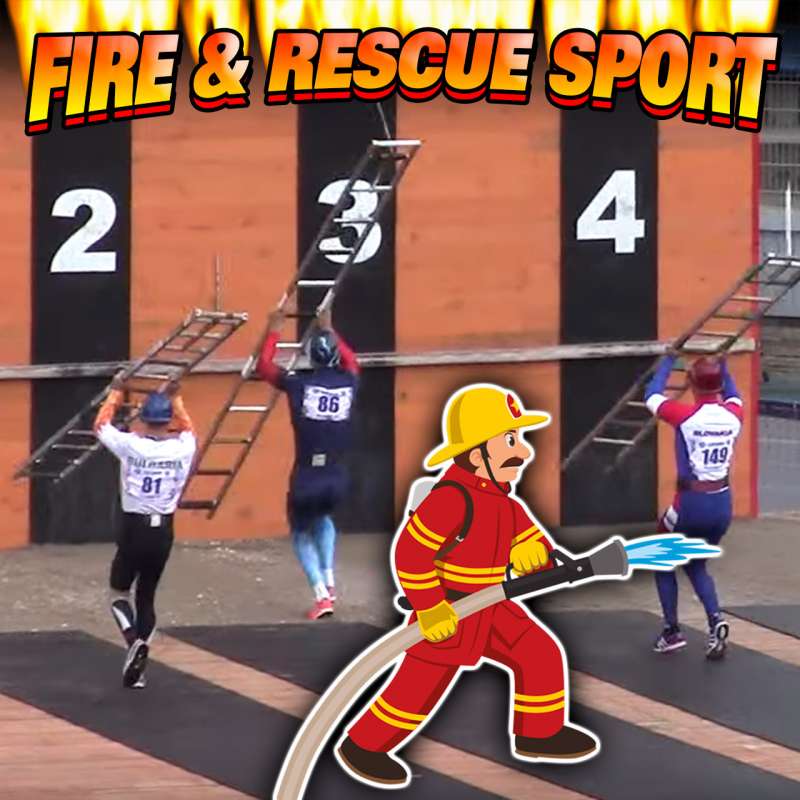 The annual World Championship in Fire and Rescue Sport hosts national teams — primarily from Central Asia and Eastern Europe — to test their skills at rapid deployment for fire fighting.

In the tour assault event, ladder-wielding participants dash to a building facade (sans window panes) and then ascend to the fourth floor all in the matter of a few seconds. It has to be seen to be believed.

In the fire deployment event, teams of seven compete to see how rapidly they can connect hoses to a pump, then dash 100 meters to spray a pair of targets.

In the hose-pulling dash, participants scale a small wall before grabbling a pair of coiled hoses, unravelling them while running over a raised platform, then connecting them to a water supply and sprinting for the finish line.