Normally when one thinks of male pop singers, rather slender performers — like Michael Jackson, Prince, and Justin Bieber — come to mind, but former NFL defensive-tackle Esera Tuaolo might just be on his way to dramatically changing that perception.

For his blind audition on NBC’s long-running singing competition The Voice, Tuaolo sang Andra Day’s hit “Rise Up”, prompting two of the four judges to turn their chairs. 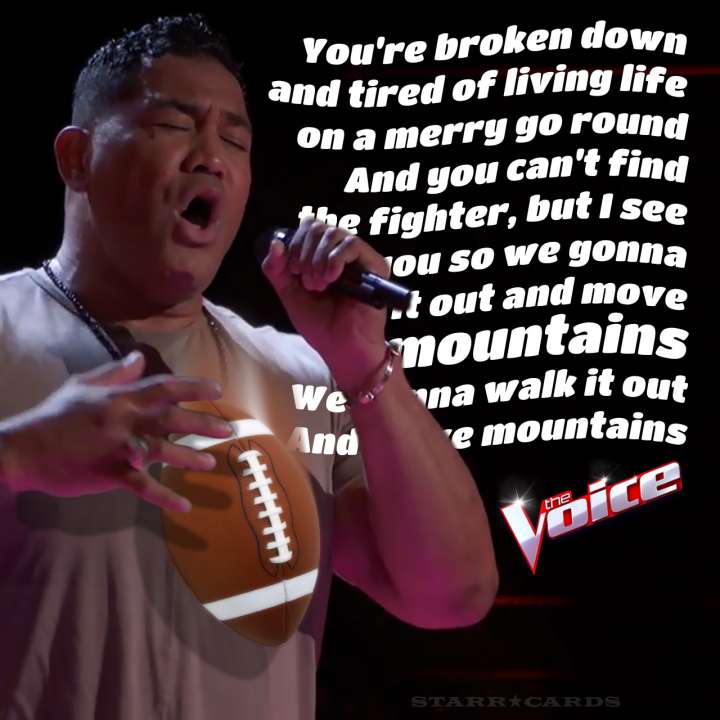 Blake Shelton and new judge Jennifer Hudson battled to draft Tuaolo to their respective teams, with the huge Hawaiian ultimately opting for Team Blake — despite being warned by the country singer that he might be driven nuts by Shelton’s football geekiness.

''I just wanted you to know, man, I could just feel your presence. I was like 'that's a big dude back there.' I'm like, 'That dude's got a good voice, but he could also whip my ass.'''

If the past success of one-time football players on The Voice is any guide, Tualo could be in for a long run on the show; Zach Seabaugh made it all the way to the semifinals in 2015.

In 1991, the six-foot-two 284-pound Tuaolo was drafted into the NFL out of Oregon State where he was a Morris Trophy winner as the best defensive lineman in the Pac-10. He played nine years in the league including stints with the Green Bay Packers, Minnesota Vikings, Jacksonville Jaguars, Atlanta Falcons and Carolina Panthers. 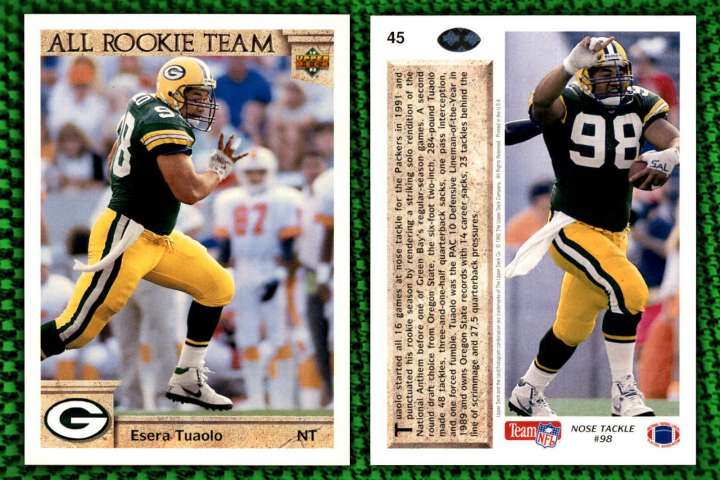 In 1998, Tuaolo won the NFC Championship with the Atlanta Falcons before losing to the Denver Broncos in the Super Bowl. During that Super Bowl XXXIII, Tuaolo recorded the final tackle of legendary quarterback John Elway.