In George Orwell’s dystopian novella Animal Farm, sheep bleat out the slogan, “Four legs good, two legs bad!” Later, Napolean, the dictatorial pig, decrees, “All animals are equal, but some animals are more equal than others.” Video support for the latter maxim’s veracity has now come our way in the form of a cat.

In the unsourced video, a soccer-playing feline goes airborne to emphatically reject a wad of paper kicked from off a living room’s tiled floor by a young boy. 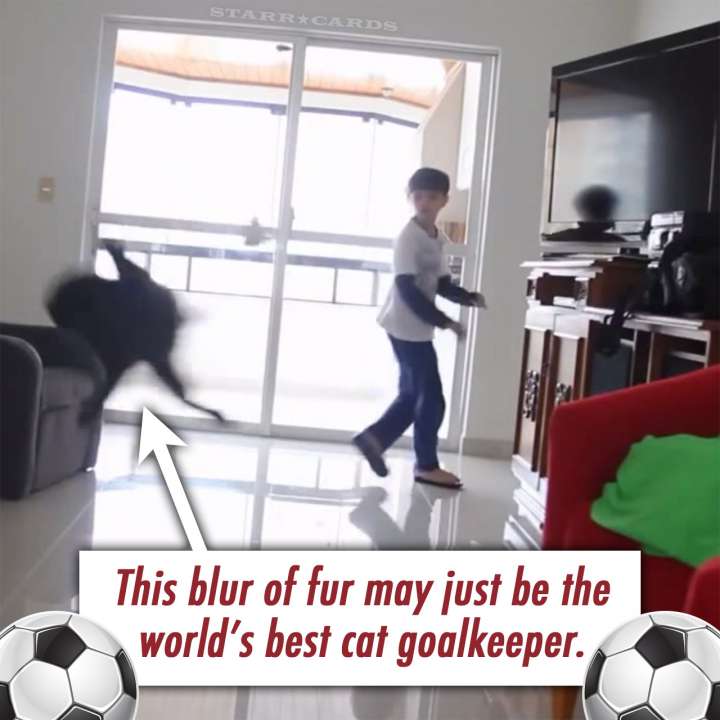 Repeated viewings of the video make it clear that the acrobatic black cat’s ball-batting skills match or exceed those of the best goalkeepers of the two-legged variety.