Almost 5,000 individuals have summited Mount Everest since 1953, when Englishman Edmund Hillary and Sherpa Tenzing Norgay first set foot atop the majestic peak that straddles the border between Nepal and Tibet. While the number of people attempting the climb each year continues to go up, so does the cost…

Standing at a foreboding 8,848 meters (29,029 feet) high, Mount Everest is recognized as the Earth’s highest mountain. While Everest isn’t generally considered to be the most difficult peak to climb — that honor probably belongs to either Annapurna in Nepal or K2 on the China/Pakistan border — it is the most famous and, as such, sees the most people attempting to scale it each year. 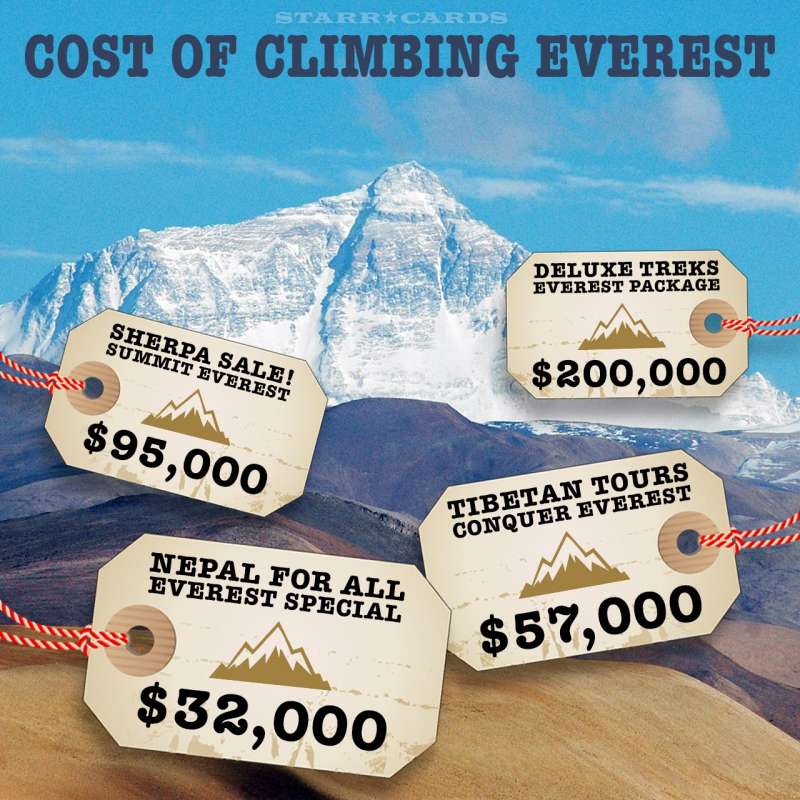 Depending on the climber’s needs, the cost of an expedition per individual ranges from $20,000 for the barest of bare bones package, to nearly $200,000 for the deluxe version with a generous helping of oxygen tanks on the side.

Lest some get seduced into the idea that ponying up a bunch of cash will guarantee them an epic tale with which they can regale the grandkids in later years, consider this: Everest claims, on average, the lives of five climbers per year.

Aside from the obvious danger of falling from the mountain, lethal risks to climbers include avalanche, exposure, altitude sickness, cardiac arrest, getting crushed under a serac, cerebral oedema and stroke. To date 297 people have died on Everest, with five more lives lost just this year.