Back in London after his thrilling hike up Humber Bridge’s massive suspension cables, Harry Gallagher, aka “Night Scape”, did what he does best — found another of the city’s icons to climb.

Gallagher was joined by seven fellow urban explorers for an assault on The O2 Arena in Greenwich. Under the cover of night, the climbing party stealthily hiked up the sloping plastic canopy that forms The O2 Arena’s outer dome.

Once on top, Gallagher used the springiness of the roof to throw some back flips, before heading to one of the structure’s twelve towers for a climb. 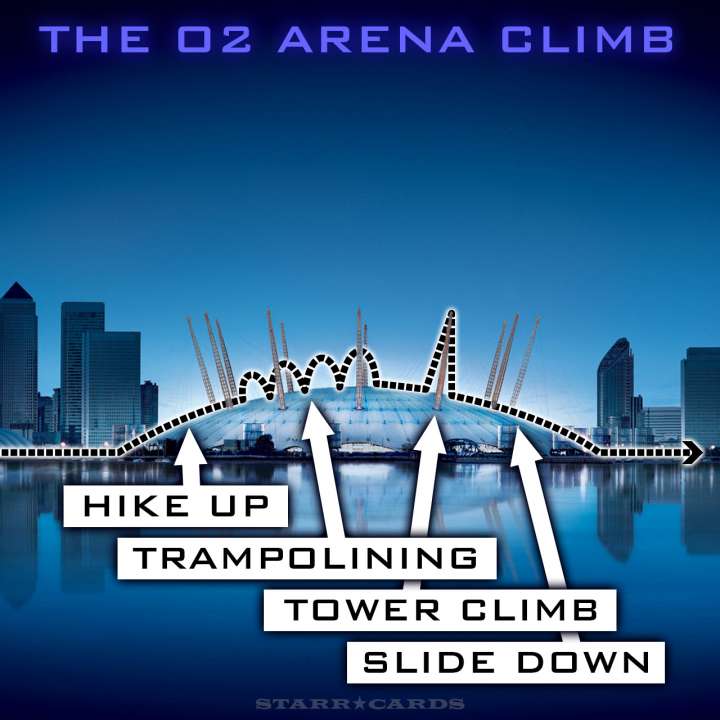 Finally, the eight ebullient thrill seekers slid down the roof to the ground, before scampering off.

This wasn’t Gallagher’s first exploration of The O2 Arena. In 2016, he got a bird’s eye view of the structure by walking out on the boom of a towering crane adjacent to the venue.

The O2 Arena was opened January 1, 2000, as the Millennium Dome. Located on the Greenwich Peninsula in South East London, it housed an exhibition celebrating the start of the third millennium of the Common Era. 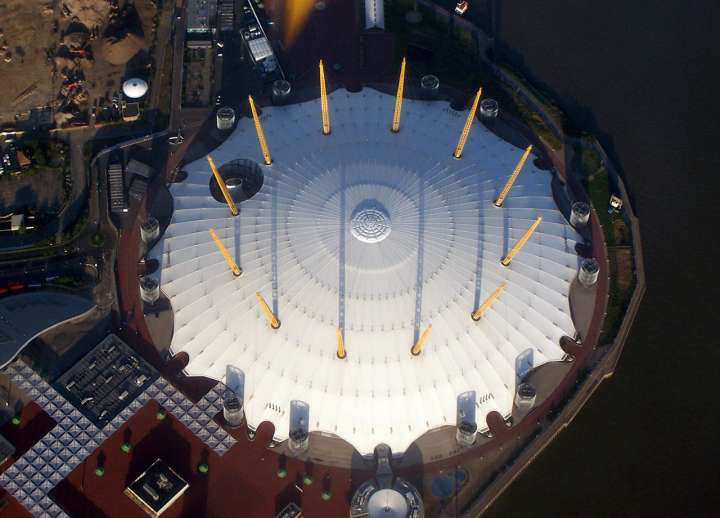 The prime meridian, which marks the zero-degree longitude location of a geographical coordinate system, passes through the western edge of the dome. The dome is 365 meters in diameter (representing days of the year), and the 100-meter tower that Gallagher climbed is one of twelve such support towers that symbolically represent the months of the year.