While Sevnica, Slovenia has seen an uptick in tourism as the hometown of the First Lady of the United States, the country boasts another destination that attracts visitors of a whole different sort.

Calling like a siren to urban climbers far and wide, Europe’s tallest chimney stack towers above the Sava River in Trbovlje, Slovenia. Romanian adventurer Faviu Cernescu and his girlfriend entered the chimney to climb the first third of the way up, before transitioning to the outside ladders to ascend to the top. 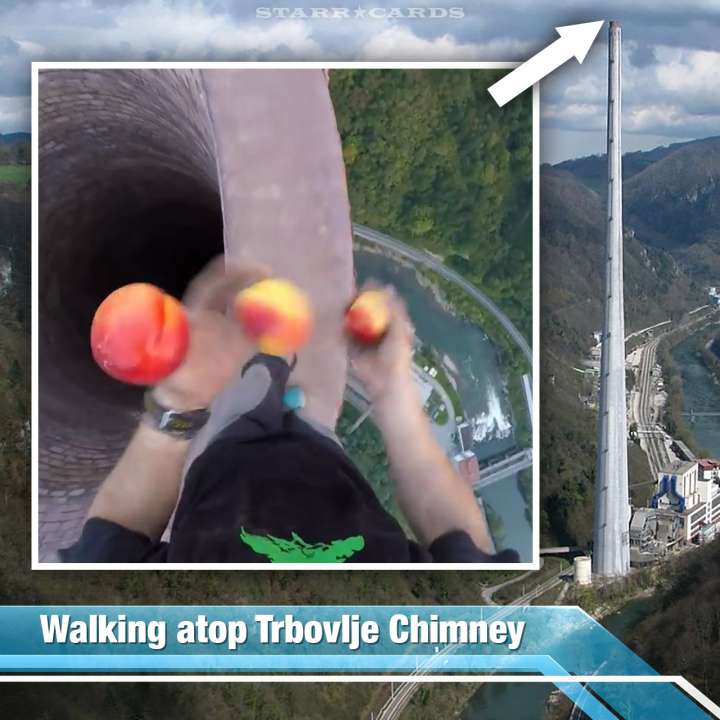 Once Cernescu worked the initial shakiness out of his legs, he confidently walked the perimeter of the chimney while juggling three peaches. Unnervingly, a peach tossed into the chimney takes a full 15 seconds before reporting a fruity splat.

Built in 1976, the Trbovlje Chimney at the Trbovlje Power Station was poured in 210 days, requiring 11,866 cubic meters (419,000 cu ft) of concrete and 1,079 tons of reinforcing steel to complete. A high chimney was required to minimize the amount of emissions that would get trapped in the deep, narrow valley. While that goal was partially met, the farms in the surrounding hills are routinely bathed in a toxic fog. 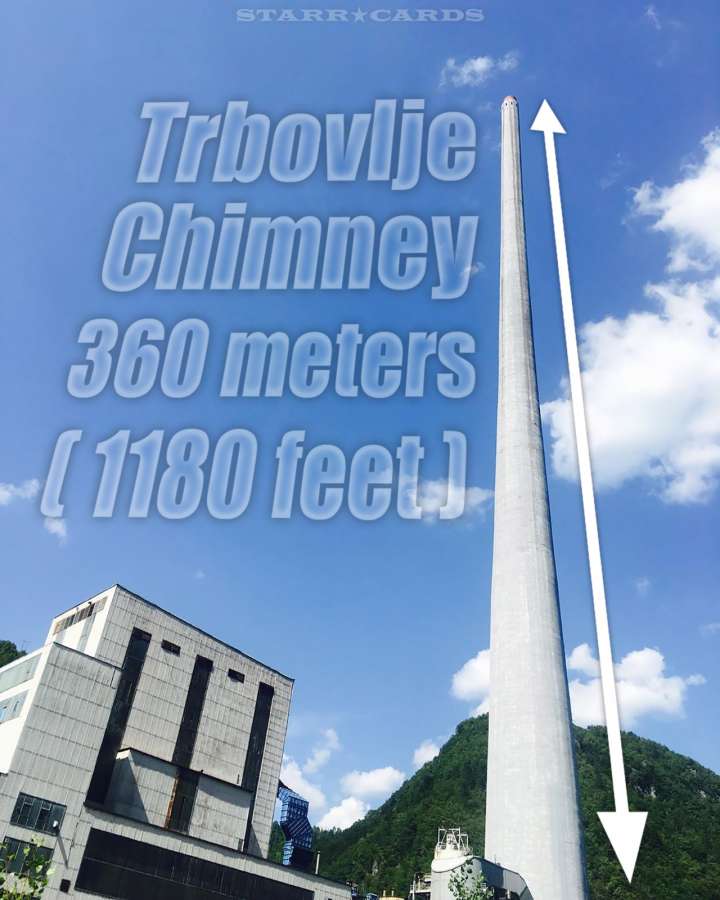 At 360-meter (1,180 ft) high, the Trbovlje Chimney is only a few feet shorter than the Bank of America Tower in New York City.