A few years ago, BYUtv’s Studio C produced a series of research videos on the behavior of men in controlled environments. In one episode of VISCIPAM (Video Instruction Series Can Inform People About Men), Dr. Friedrich Schneider, the world’s foremost authority on male anthropology, explored what happens when two men are left alone in a small room with a ping pong table…

Within minutes of being confined to the room, the experiment’s two subjects decided to play a game of table tennis to pass the time. It didn’t take long before the pair had invented a game they called sting pong where the winner was allowed to take a hard shot with the ball at the loser’s back. 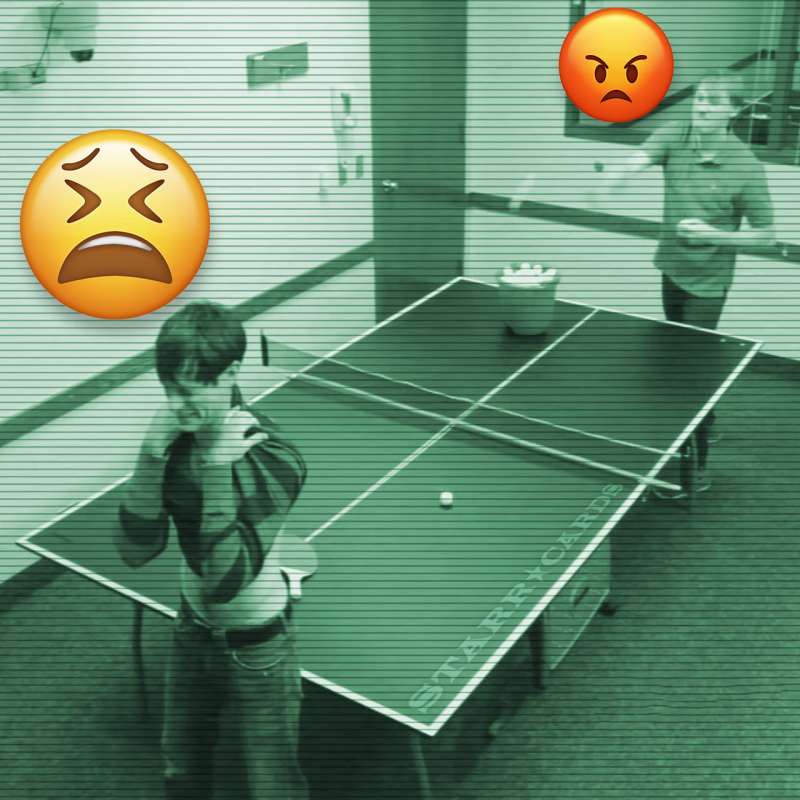 Later innovations had the two volunteers spinning in place between every hit, then running around the table after every hit. After 70 minutes the punishment for the loser was increased to 50 hits with shirt raised. This quickly devolved into an all out war, before a ping-pong democracy brought both peace and the emergence of a new language.

In a ping-pong experiment that anyone can try at home without fear of war breaking out, Taras Kul — aka the Crazy Russian Hacker — demonstrated some of the odd behaviors of the celluloid balls with respect to water.