Technically, there’s no difference in executing a handstand at 12 inches or 1200 feet, but the view produced is another thing altogether. While an Olympic gymnasts’ handstands max out at just over 9-feet on the horizontal bar, urban climbers know no such limits…

Earlier this year, urban climber BNT ascended one of two towering radio masts outside the Donebach neighborhood of the village Mudau, in Baden-Württemberg, Germany. His rung-over-rung climb up the mast’s seemingly endless ladder was dramatically documented via head-mounted camera. 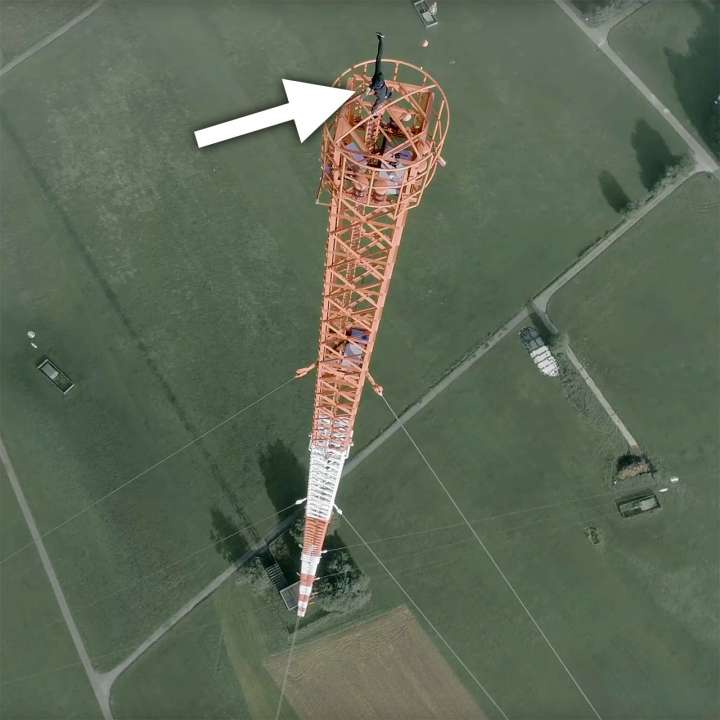 Once atop the tower, BNT not only performed a handstand in the gusting wind, but followed it up with a nerve-wracking human flag pose off the side of the structure.

In 2015, the German based rooftopping crew known as Grave Yard Kidz pioneered the harness-free climb up Donebach Sender, posing triumphantly at the top to take selfies. As with BNT’s video, their laborious climb is marked by passage through the alternating white and orange-painted sections of the tower.

At 1191-feet (363 m) in height, the twin Donebach Sender masts were the tallest structures in all of Germany when they were first erected in 1966. The Berliner Fernsehturm communications tower, built in 1969, now holds the title of tallest at 1207 feet (368 m). 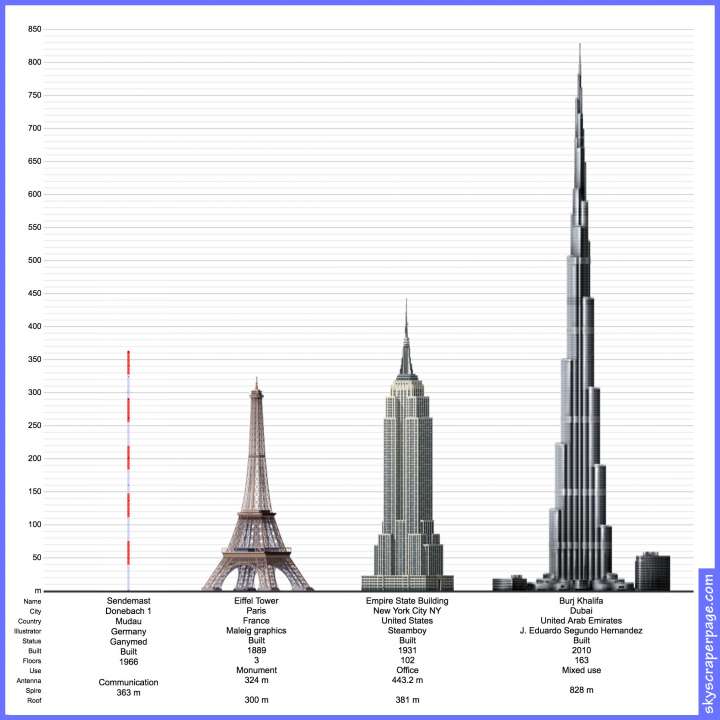 To put BNT’s handstand into perspective, he went topsy turvy at a height in excess of the Eiffel Tower and the Empire State Building’s observation deck.