The first true basketball card set didn’t appear until midway through the last century. Today, led by Starr Cards, the future of basketball cards has never been brighter, with the ability for anyone to produce professional-quality designs. 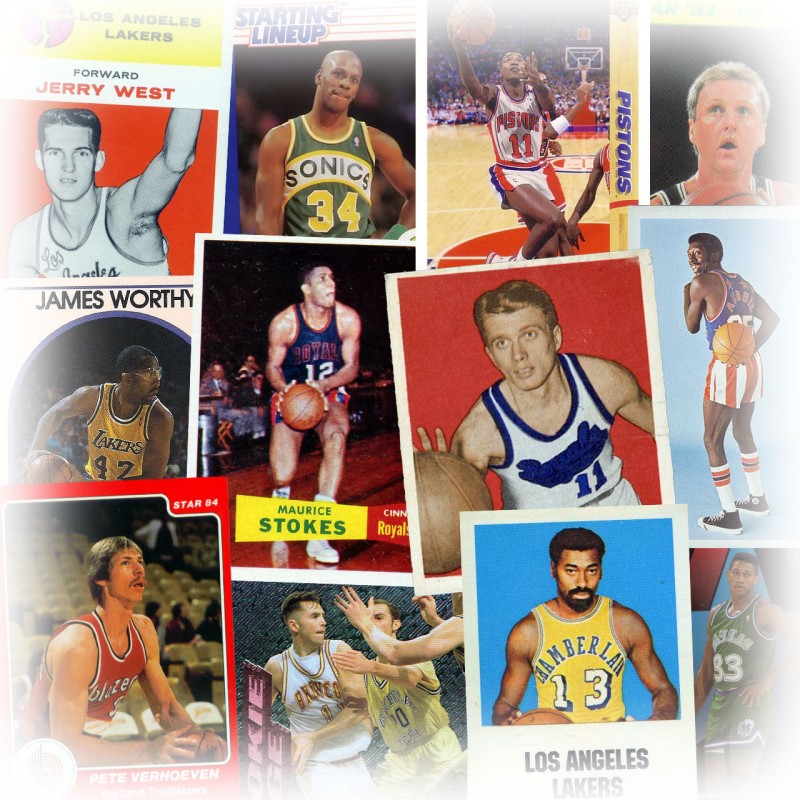 To celebrate a hobby that began in 1948 with Bowman, we offer here a stroll back through the history of basketball cards in a pictorial timeline.

The first new basketball card company of the new millennium is also the first to offer the ability to make your own custom basketball cards directly on the iPhone, iPod Touch or iPad. Starr Cards Basketball Card Maker has been winning accolades and a fan favorite ever since its 2011 debut in the App Store.

In 1989, the Hoops card set from NBA Properties, Inc. lifted the quality of basketball ball cards with detailed player info on the back sides. After three years of Fleer skimping on biographical information of the backs of the cards, NBA Hoops went the extra mile — even tossing in a full-color head shot for good measure.

For the 1972-73 NBA season, Comspec issued its first and only set of basketball cards. The 36-card set included the best players of the era including Kareem Abdul-Jabbar, Rick Barry and Walt Frazier.

Well established as a gum and candy company, Fleer predated many of its competitors into the business of issuing sports cards with its 1923 release of cards in its “Bobs and Fruit Hearts” candy product. Years later, Fleer launched a card set solely comprised of players in the National Basketball Association.

In addition to baseball, Topps also produced cards for basketball for the first time for the 1957-58 season. More than a decade passed before Topps released its second basketball card set in 1969.