Tonight Show host Jimmy Fallon can lay claim to once playing LeBron James in a game of faceketball, and going on a real-life beer run with Kobe Bryant. Yet, despite his myriad gaming talents, no one will ever mistake him for an actual basketball player — all of which made him ideal for his most recent Saturday Night Live sketch.

In the last skit of the night during Fallon’s return to SNL, he and Mikey Day are cast as a background basketball players in a movie scene featuring dialog between the film’s stars (Pete Davidson and Kenan Thompson). 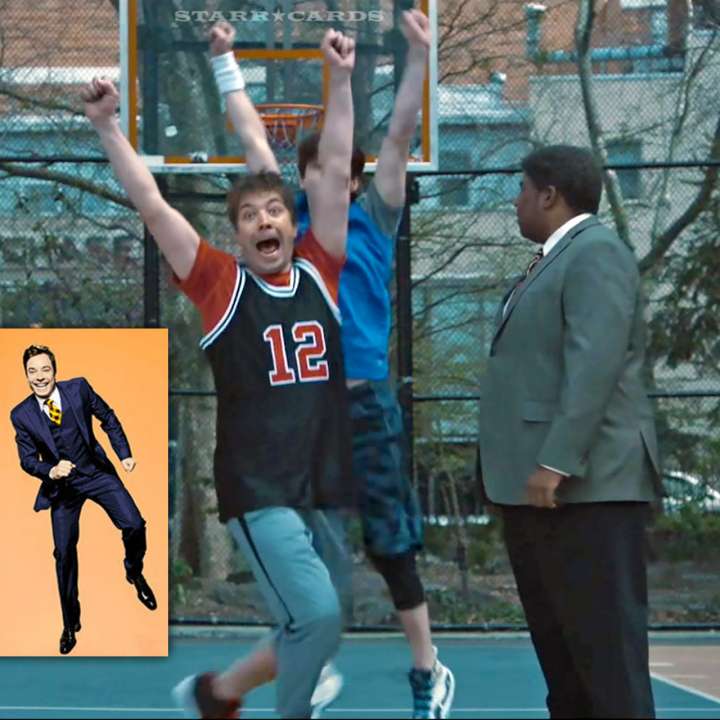 The pair prove to be hopelessly distracting in their attempts to simulate basketball play, which lead to the director (Alex Moffat) firing them. In frustration Fallon kicks the ball which improbably goes through the basket and sets off a frenzied celebration.