Justin Timberlake may not be ready to turn pro as a golfer, but he knows how to entertain the gallery with the best of them. The former NSYNC star put his dancing and singing skills on full display at the AT&T Pebble Beach Pro-Am Golf Tournament in California. 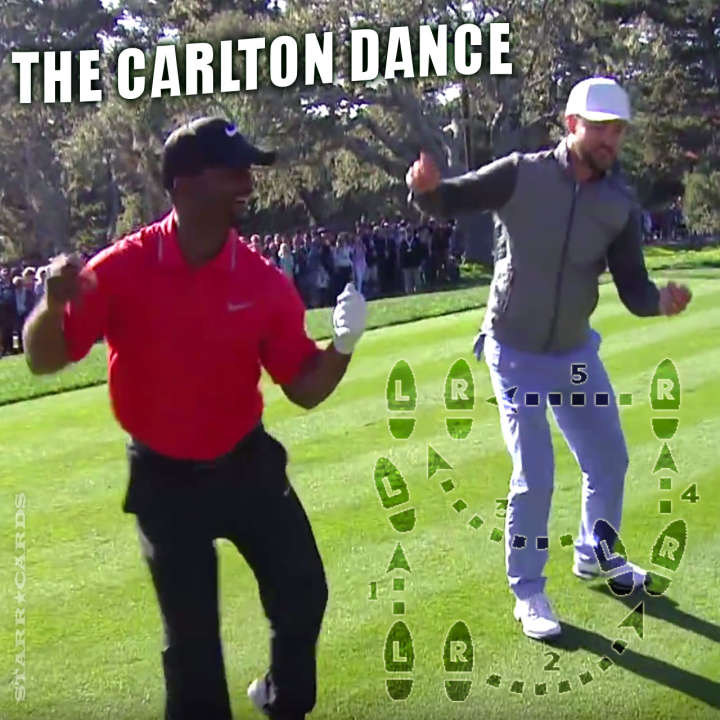 On Saturday, Timberlake paired with former Fresh Prince of Bel-Air star Alfonso Ribeiro on dancing “The Carlton” to the delight of those assembled.

''JT grabbed a guitar and sung one of his songs. So that was cool. You see him not hit maybe so many great golf shots, but then you realize, ah, that's pretty damn special right there. So we all have our own skill set.''

And, oh yeah, the golf… During the third round, Timberlake — who sports a 4.2 handicap — managed to sink a 20-foot putt to save par on the par-4 9th hole.

THE CARLTON IN TAHOE

This weekend’s dance was actually the third time Timberlake and Ribeiro have synced up on the golf course to perform The Carlton. The buddies busted out the same goofball moves last year in Lake Tahoe, with former NFLer Jerry Rice unable to grok the groove.

Great day in Tahoe Edgewood with @justintimberlake and Johnathan Thomas of American Century.