Larry Robinson, who laced up his skates for 17 years with the Canadiens, is the the franchise’s all-time leader in Point Shares with 157.9 for his career. Among the defenseman’s many accomplishments in Montreal, “Big Bird” was an 6-time All Star and helped the team win six Stanley Cups. 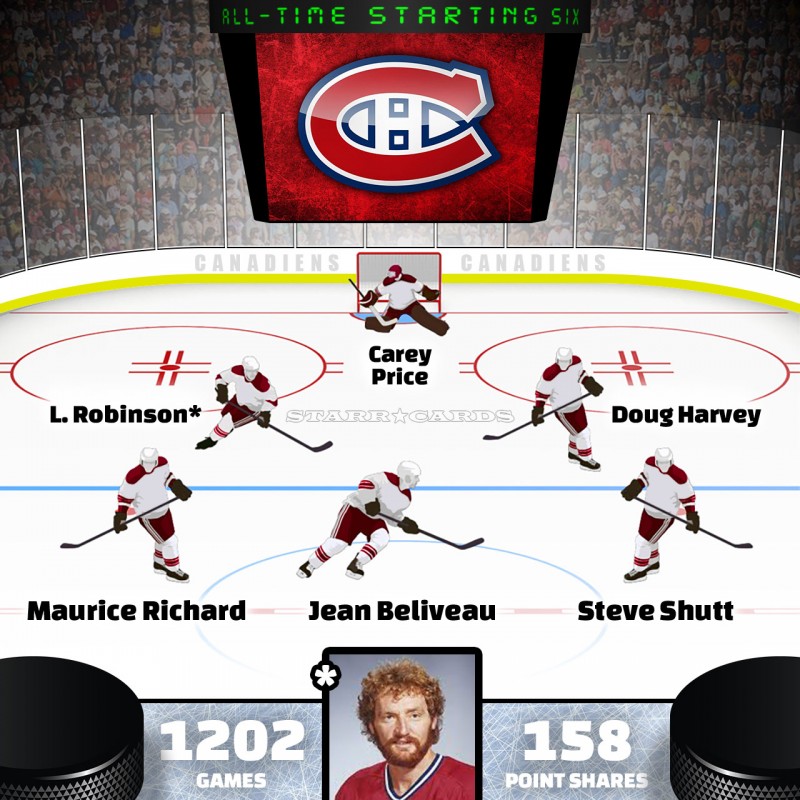