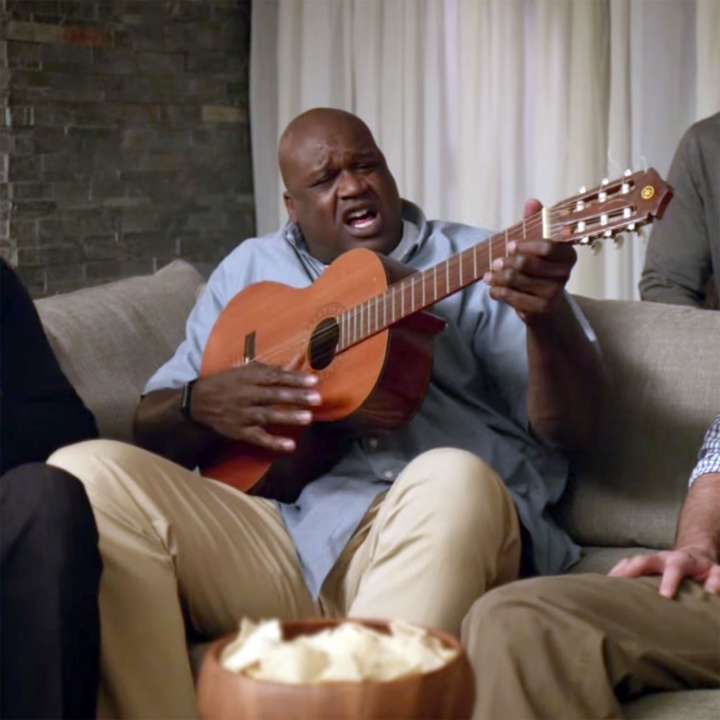 O’Neal can’t sing or play guitar, so who better to improvise a fight song?

Don’t invite Drexler over if you want to maintain control of the TV remote.

Don’t talk about dunking with O’Neal if you have a glass-top coffee table.

…and yet he still managed to screw it up somehow.