Mario Lemieux, who starred for the Penguins for 17 years following his 1984 NHL debut, is the team’s all-time leader in Point Shares with 167.9 for his career. Among the Lemieux’s many accomplishments in Pittsburgh, “Super Mario” was an 9-time All Star and led the Pens to two Stanley Cup titles. 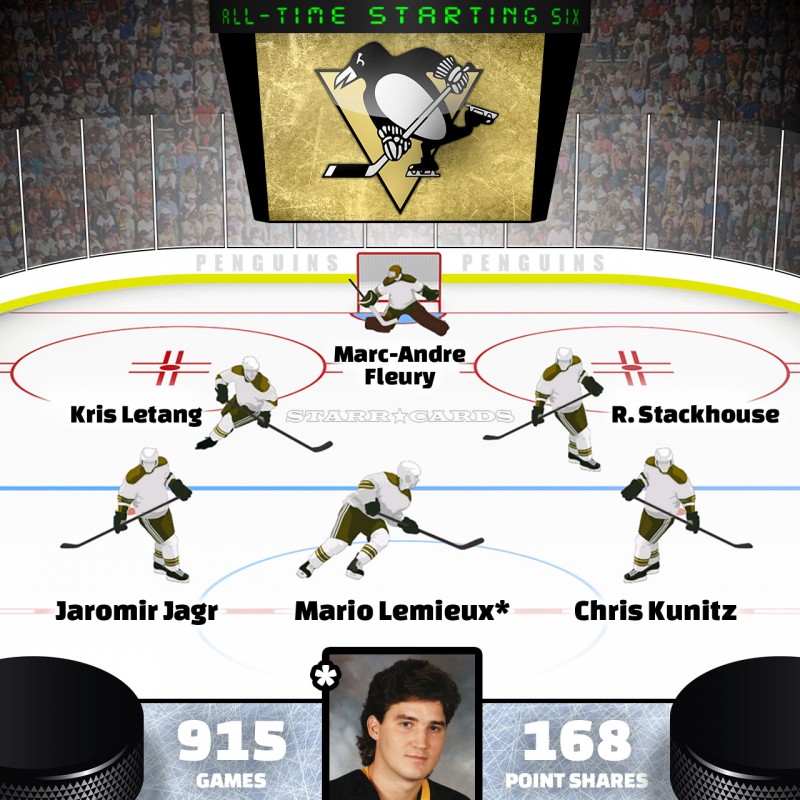