Martin St. Louis, who terrorized opposing goalies for thirteen seasons in a Lightning jersey, is the the team’s all-time leader in Point Shares with 107.3 for his career. Among the right wing’s many accomplishments in Tampa Bay, St. Louis helped the team win the 2003-04 Stanley Cup, winning the Hart, Pearson and Ross trophies that year. 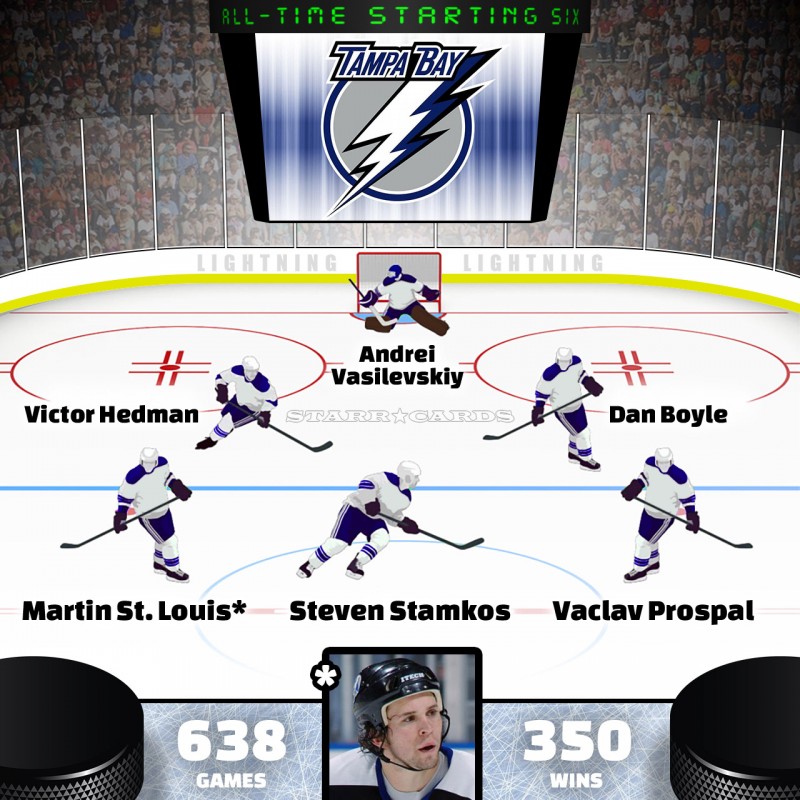