It’s hard to imagine a show that generates as much inspiration for females of all ages as American Ninja Warrior and its UK counterpart. Among others, the determined performances of Kacy Catanzaro, Katie McDonnell and Meagan Martin have vividly shown the obstacle-tackling power of intense training combined with a positive mental approach.

Last year, Martin chalked up a couple of impressive firsts for ANW’s girls. After becoming the first female to complete a City Finals course, she went on to become the first to make it past the spider jump obstacle at the National Finals.

On Monday night, Martin picked right up where she left off last season. She became the first and only girl to complete the 2015 Kansas City Qualifiers course, and she did it with élan — throwing in a superfluous full-twisting dismount off of the arm rings. 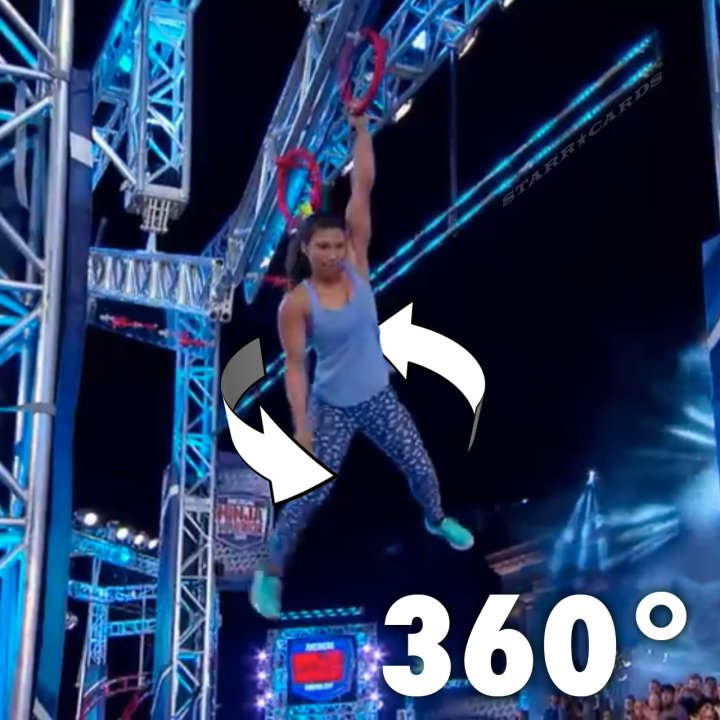 Martin’s run represented a seamless synthesis of her background in gymnastics, pole vault and rock climbing. Cheered on by Catanzaro and the self-anointed Wolf Pack (a foursome of ANW veterans), Martin finished the course in just a fraction of a second over four minutes.

NEXT UP: KACY IN HOUSTON

Fellow one-time gymnast and obstacle-racing legend Catanzaro will try to keep the momentum up for ANW women when she takes on the Houston Qualifiers course next week. Stay tuned…