They say, “All roads lead to Rome,” but for serious rock climbers, they lead to California’s El Capitan. Four to six hundred ascents are made per year on the world’s most famous big-wall, which abounds with iconic climbing routes with names like The Nose, Jolly Roger, Dawn Wall and Sea of Dreams. 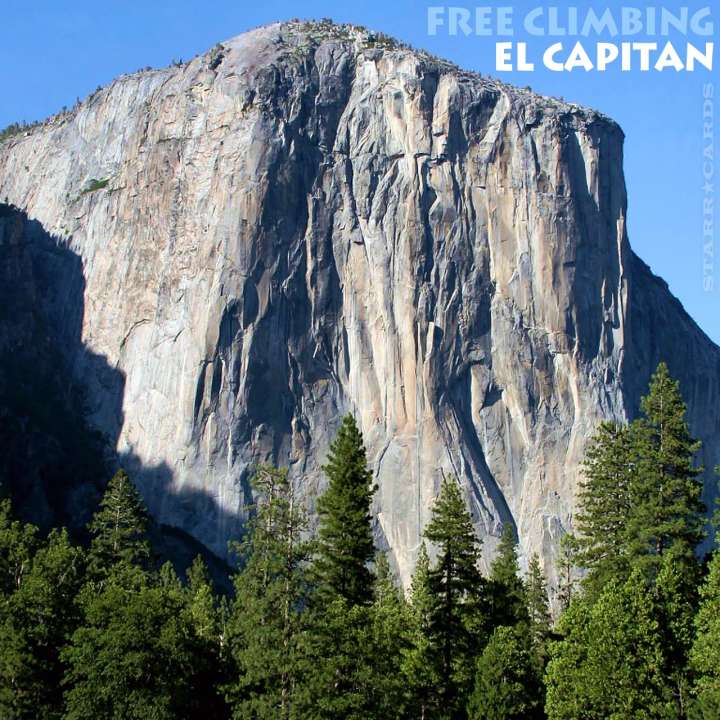 Located on the north side of the Yosemite Valley, El Capitan rises 3,000 feet (almost 900 meters) from base to summit along its tallest face. For decades the imposing granite monolith was considered impossible to climb, until Warren Harding took up the challenge. In 1958, Harding led a team of three climbers methodically up The Nose over the course of 47 days.

Thirty five years later, Lynn Hill free climbed the route (utilizing climbing equipment such as ropes and other means of climbing protection, but only to protect against injury during falls and not to assist progress), and that’s where our video chronicle begins…

In 1993, together with partner Brooke Sandahl, sport climber Lynn Hill became the first person, male or female, to make a free ascent of the The Nose on El Cap. The following year, she became the first to climb the entire route in a 24-hour period.

''If a lot of good climbers have come and tried to do it and failed, and a woman comes and does it first... it's really meaningful. That was my underlying motivation.''

In October of 2014, Jorg Verhoeven spent 30 days in Yosemite with one goal in mind; replicating Hill’s free ascent of The Nose‘s 30 challenging pitches — the hardest of which is rated 5.14 on the climbing difficulty scale.

''The first look you take at El Cap, you see The Nose. It's one of the biggest lines. It goes from the lowest point to almost the highest point.''

Verhoeven’s patient approach to El Capitan paid off, as he completed just the fifth ever free ascent.

On January 14, 2015, Tommy Caldwell and Kevin Jorgeson made the first free ascent of The Dawn Wall, El Capitan’s most inimidating line with large stretches of almost featureless rock. The first released footage from the film crew on the mountain featured Caldwell’s breathtaking climb on pitch 15 (rated 5.14c).

Rest day today while a arctic wind blows. Here is a cool photo @brettlowell took yesterday on pitch 10. The grandness of this adventure is starting to sink in. I am feeling so psyched right now!

In all, Caldwell and Jorgeson’s history-making climb took 19 days to complete.

In November of last year, 23-year-old Adam Ondra became the latest sport climber to have his name inextricably linked to El Capitan.

''It feels amazing right now. This is one of the best feelings I've ever had in climbing. Wow, so good.''

Ondra’s ascent of The Dawn Wall more than halved the time established by Caldwell and Jorgeson.

Solo climbing involves making ascents with nothing but a chalk bag and climbing shoes. Until 2017, no one had dared challenge El Capitan in this way, but Alex Honnold pioneered the climb which was documented in the thrilling National Geographic film Free Solo.

''For me the ultimate would be soloing El Cap. That's like the obvious, like, most amazing thing in the world.''

— Alex Honnold, on his loftiest ambition

Honnold’s climb was the culmination of a lifetime of honing both his world-class rock climbing skills and mental approach. So rarefied are his twin talents, that it’s fully possible we won’t witness another such climb for a hundred years or more.