Move over Spiderman. Batman and Robin are soccer’s latest superheroes

Move over Spiderman. Batman and Robin are soccer’s latest superheroes

Previously we covered the penchant of footballers to dress up as Spiderman, but now Dortmund’s Aubameyang and teammate Marco Reus have upped the ante with a ‘Batman and Robin’ goal celebration. 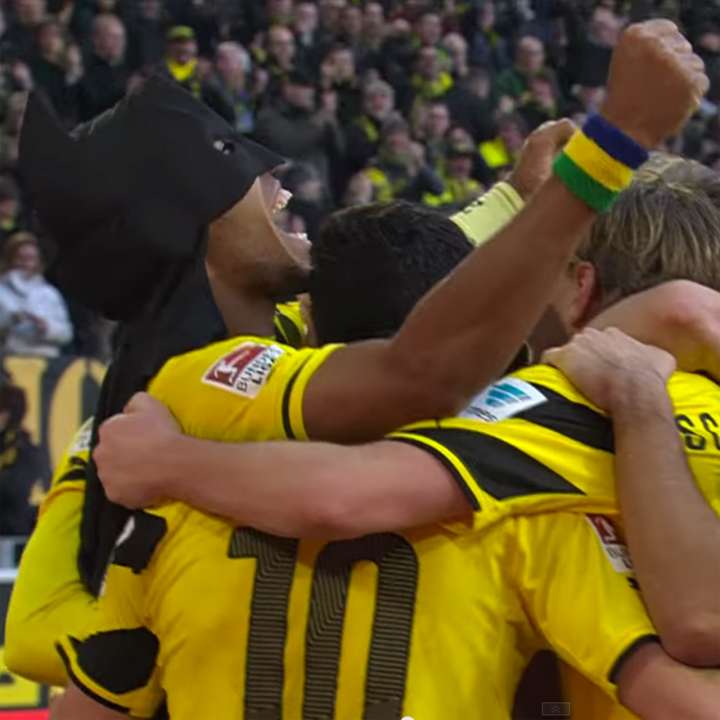 We’re still waiting to see Brazil’s Hulk (Givanildo Vieira de Sousa) douse himself in green body paint and strike a most muscular pose after a score.

Aubameyang’s Batman costume looks to be a bargain-basement find. For a fully functional Batsuit, take a look at Philadelphia University student Jackson Gordon’s recent creation that was six months in the making.

This Student Has Built His Own Functional Batsuit —http://t.co/SUDPRtp3ai – Jackson Gordon’s combat suit can wit… pic.twitter.com/Qg2tSRCLa4

Gordon’s suit can withstand being hit with a baseball bat and machete attacks — which could come in handy when soccer hooligans are running amok on the pitch.