The next best thing to watching a dachshund dashing through the snow is witnessing wiener dog races on ice — and the USHL’s Tri-City Storm aims to please. 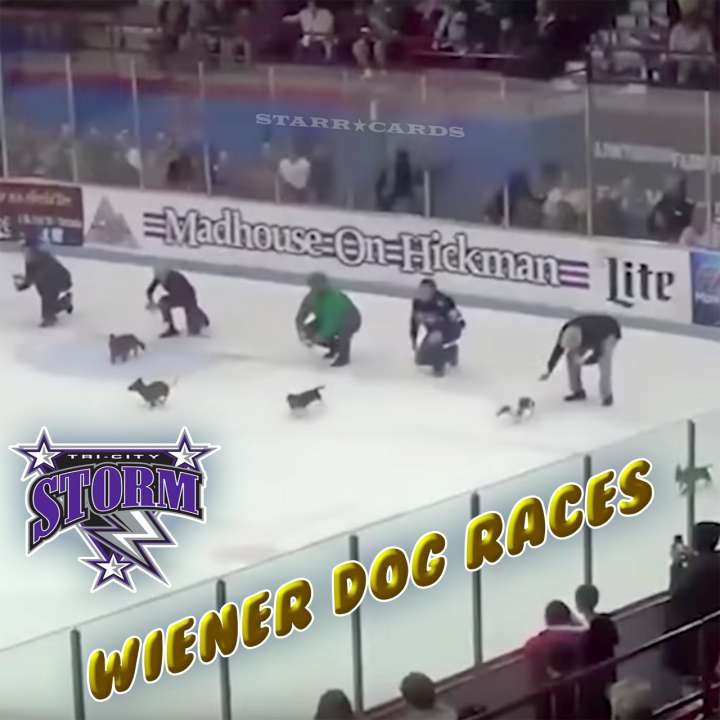 Hockey fans at the Viaero Event Center in Kearney, Nebraska, were treated to wiener dog races during the first and second intermission of the Storm’s November 19 game against the Youngstown Phantoms.

Five-year-old Scooby, under the care of Ashley and Andy Ogdahl, won both heats with determined, nail-clicking romps across the ice.

Fair or not, dachshunds — with their oblong orientation — have long been the source of amusement for their more vertically-predisposed human friends.