For high-tech hipsters/hoopsters, the Smartshoe might be just the ticket. The footwear from French company Digitsole somehow manages to look like a cross between Marty McFly’s kicks and the DeLorean from Back to the Future.

Funded by a 2017 Kickstarter campaign, the Smartshoe’s piece de resistance is an auto-tightening tongue which can be activated via Digitsole’s phone app or manually opened and closed by pressing the large LED button on the shoe’s heel. 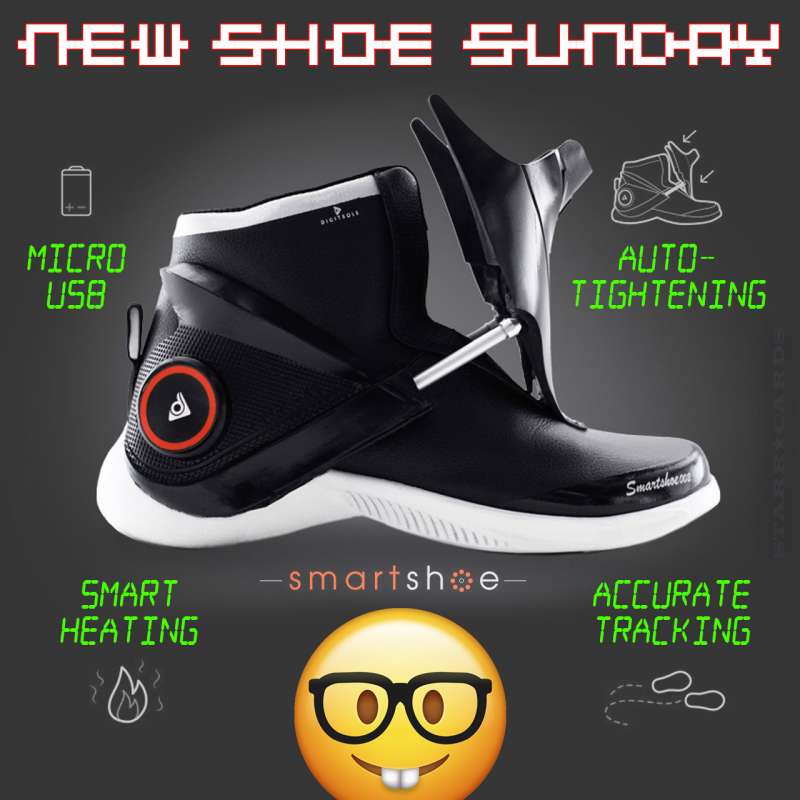 Other features of the Smartshoe include a cushioning monitor, activity and movement sensors which track distance, speed, steps and calories burned, 3D stride and walking analyzer, and battery charging through a micro USB cable. Still have cold feet? Digitsole has that covered too…

Shiftwear’s other claim to fame is the ability to keep your feet warm in cold weather. A pad in the insole transforms energy from the battery into heat and can be controlled through the app.

So how much will it cost to have your toes housed in the highest-tech housing in the neighborhood? A pledge of $199 on Digitsole’s Kickstarter page will get you a pair, while a pledge of $390 will score you two pairs.