The NHL has some impressive stars in the making in young guns Connor McDavid and Auston Matthews. Edmonton Oilers centre McDavid, who recently celebrated his 20th birthday, leads the league in scoring with 72 points in 64 games, while 19-year-old Toronto Maple Leafs rookie Auston Matthews leads his team with 55 points in 62 appearances. 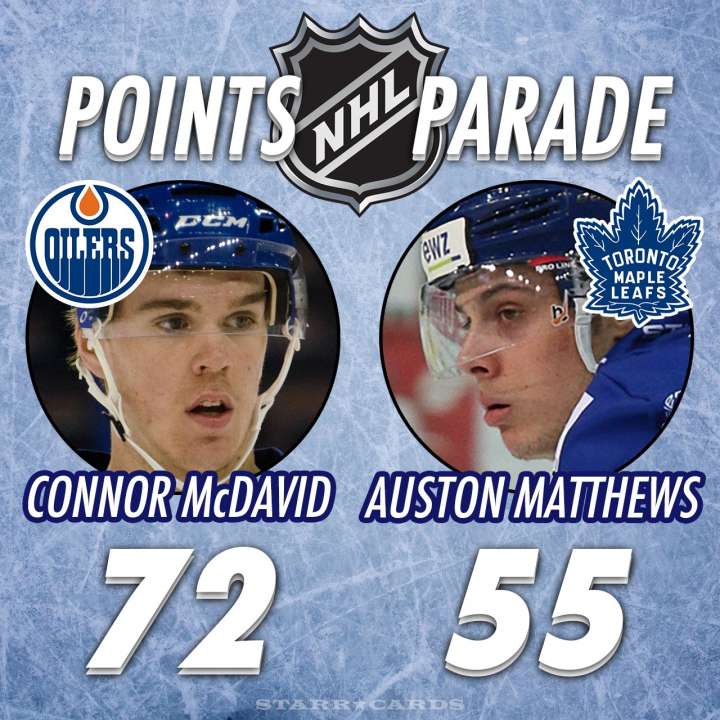 Tuesday night, McDavid scored assisted on a goal versus the St Louis Blues to bring his point total this season to 72. The 34-22-8 Oilers currently sit in 2nd place in the Pacific Division, five points back of the 1st place San Jose Sharks.

Matthews scored a goal on the road against the San Jose Sharks on Tuesday to bring his point total this season to 55. The 28-21-13 Maple Leafs currently sit in 4th place in the Atlantic Division, nine points behind the first place Montreal Canadiens.