Every Valentine’s Day for the past several years, NHL teams have released a bounty of Valentines cards with pun-driven messages that pin the cheese-o-meter in the red zone. 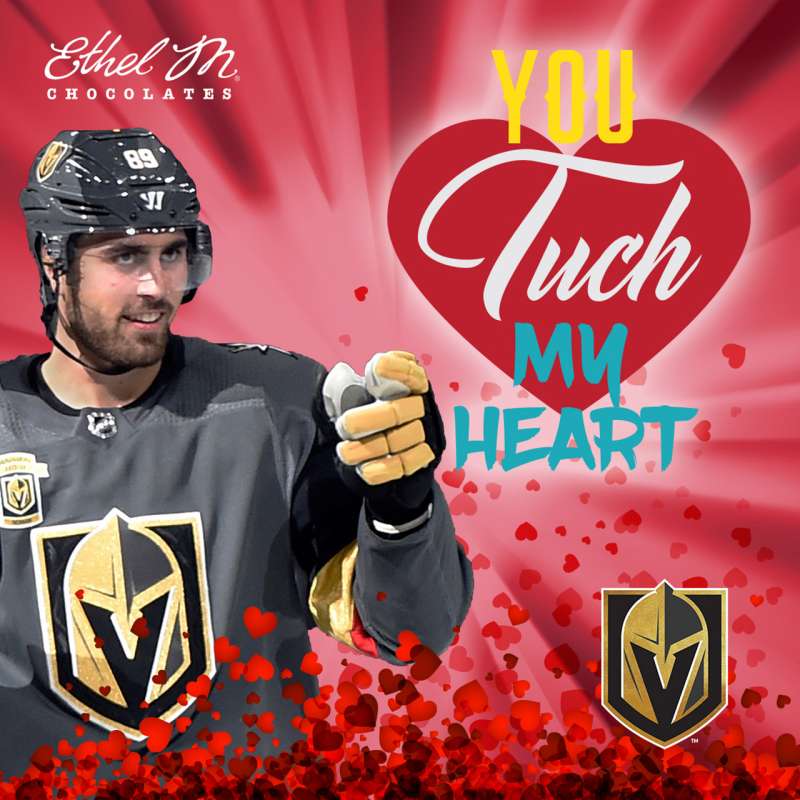 Right winger Alex Tuch has contributed 17 points in helping the Golden Knights to third place in the Pacific division of the Western Conference, so we figure fans will readily forgive him for his overly saccharine intimations.

Tag the ones you love. 🥰❤️ pic.twitter.com/vI1EtavNzx

For your special someone 💙

Will you be our Valentine? 💙 #stlblues pic.twitter.com/3pJT4RtHRi

Happy Valentine's Day! Pause this video to see who your #Canucks valentine is…💘 pic.twitter.com/GG2KeQIzXy

Waited til the last minute to write your Valentines?