Ninja warrior chicken, cat, dog and mouse could give Isaac Caldiero a run for his money

Ninja warrior chicken, cat, dog and mouse could give Isaac Caldiero a run for his money

Alas, the field of ninja warriors was limited to human participants, so we never got to see how a chicken, dog or mouse would have performed on the course. 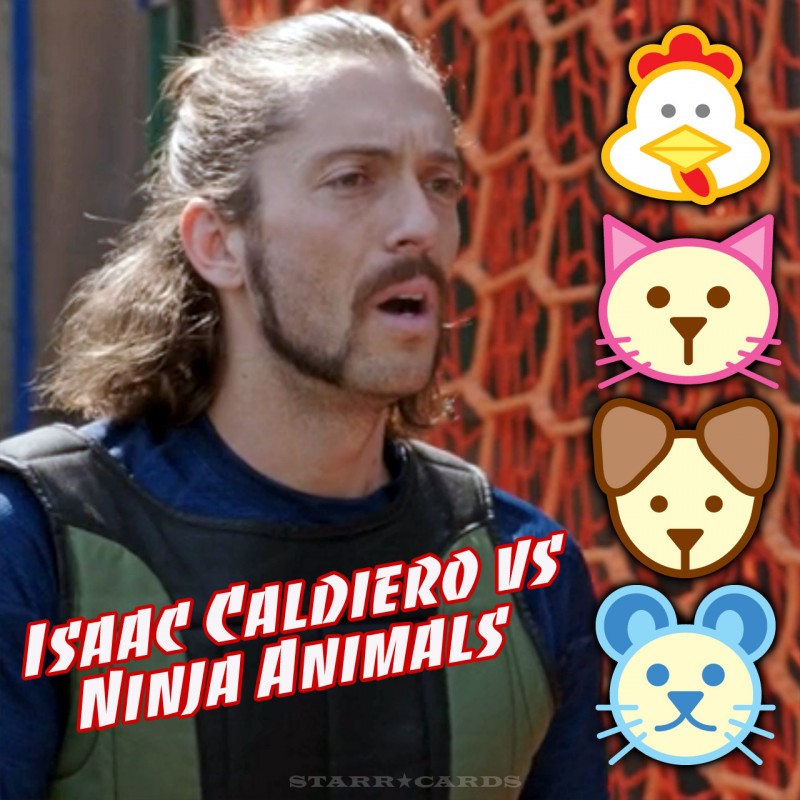 ANW is unlikely to ever open the competition to the wider animal kingdom, but our feathered and furry friends alike have had their own species-specific obstacle races in which to showcase their agility.

Chicken agility done right is clucking amazing, but choke under pressure — as Feathers did on Britain’s Got Talent — and you’ll incur the wrathful stare of Simon Cowell.

Apparently, nerves can get to chickens too.

Of all the mammals, cats are generally regarded as both the most incoercible and agile, which makes the participation of a feline on an obstacle course all the more remarkable. Just imagine how effortlessly a cat would navigate ANW’s Quintuple Steps.

Dogs love to please their humans and to run and jump about, which make them natural candidates for obstacle racing. As a bonus, competitions like Crufts Agility Championships provide trainers with a cardiovascular workout almost on par with the canine contestants.

Ralph, the fictional daredevil mouse in Beverly Cleary’s children’s classic The Mouse and the Motorcycle, has a real-life counterpart that stars in YouTube videos. While a mouse might be too small for ANW’s human-sized course, its nimbleness is nonpareil on properly-scaled obstacles.

CATCHING UP WITH ISAAC CALDIERO

While American Ninja Warrior vs the Animal World isn’t forthcoming, Caldiero has not been resting on his laurels. Aside from buying his first house, the free-spirited rock climber got his feet wet in the acting industry.

On an episode of NBC’s The Mysteries of Laura, Caldiero played an ANW trainee who is questioned by detectives after the owner of a local gym is found stewed to death in his own sauna. Fittingly, Caldiero made his acting debut climbing an orange cargo net. He capably delivered his few lines and even demonstrated mastery of the concerned visage from your basic Acting 101 course.