For anyone that suffers from vertigo, Harrison Ford’s Parisian rooftop scene in Frantic plays out like a nightmare on the silver screen. But for freerunning artists Samuel Govindin and Mohamed, the same venue represents just a walk through the park(our). 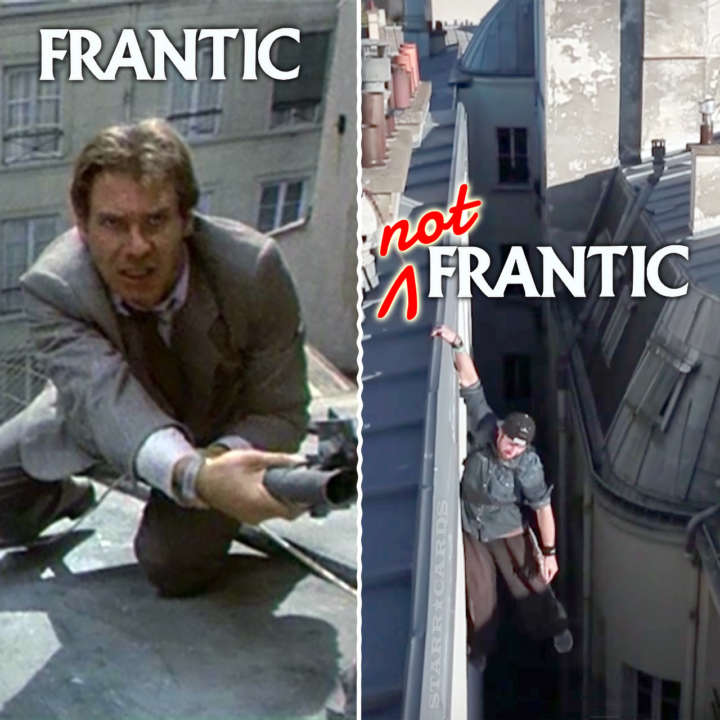 How is it that one man’s vertigo is another man’s joie de vivre?

Earlier, Yoann Zephyr Leroux also went for a run, hop and skip on the rooftops of Paris. The elevated portion of his video starts around the four-minute mark.

For Leroux, parkour on the rooftops is an escape from the claustrophobic congestion of cars, people and buildings at street level. It’s an open universe where he feels happy and free.

Unlike the freerunners, Harrison Ford’s character in Roman Polanski’s 1988 film Frantic makes his rooftop walk out of surreptitious necessity. He nervously slips and slides his way along the steeply-sloped metal roof, until he can enter the building through an open skylight.

To gain a better foothold along the precariously pitched rooftop, the heart surgeon is compelled to shed his dress shoes and socks. Together with the loss of his suitcase, the scene symbolizes his shedding of his societal identity to become completely present with the immediate challenge in front of him — a message that would almost certainly resonate with Govindin, Mohamed and Leroux.