Phil Mickelson has a built quite a reputation over the course of his career for being a generous tipper. In 2015, two Columbus-area youth got to experience the golfing legend’s beneficence first hand. Roland and Elise Van Karsen were operating a lemonade stand near Muirfield Village when Mickleson, en route from the Memorial Tournament, stopped by for a drink.

Mickelson ultimately finished tied with Nick Watney and Ken Duke for 65th place in the golf tournament, but he left a lasting impression on the Van Karsen siblings whom he tipped $100.

''All we were doing is sitting here and all we saw was this white card drive up and it was close. He just opened the door and said, 'Can we have a glass of lemonade?'''

Elise applied her share of Mickelson’s tip toward purchasing a Kindle, while Roland invested in a nerf gun.

While Mickelson’s tip makes for a nice story, it pales in comparison to another gratuity that made the news just a couple of months earlier. A man was inspired by his former teacher’s pay-it-forward movement to anonymously leave a $3,000 tip on a $43.50 meal. The bill rates a 20% tip as WOW!!, but — not surprisingly — provides no superlative for a 6897% tip. 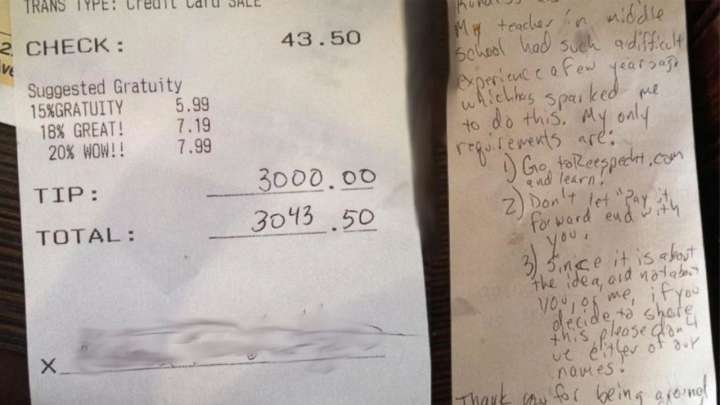 “ReesSpecht Life” was started in honor of of middle school teacher Richard Specht’s deceased child, and has inspired myriad acts of kindness both big and small.

Later in 2015, yet another tip (or lack thereof) captured the media’s attention. Waitress Kayla Lane of Fort Worth, Texas, made a small-but-significant gesture after learning her customers had recently lost their 9-week-old baby. The guest check from the meal says it all… 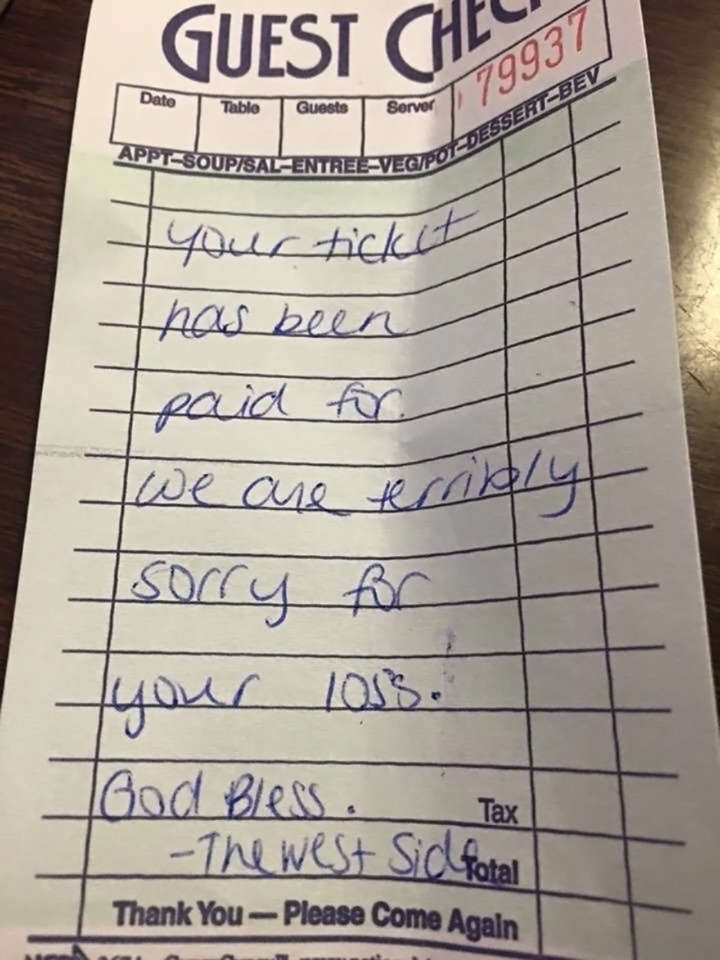 ''I just simply wanted the satisfaction of being a helping hand in a time of deep sorrow for this family. However… What I didn’t expect is how much of a blessing their family would be to me.''

Kayla, who has a history of actions of kindness, also refused to let the grieving parents leave a tip, fibbing that the restaurant had it covered.