Phelps vs Shark: Michael Phelps gets nosed out by CGI great white on ‘Shark Week’

Phelps vs Shark: Michael Phelps gets nosed out by CGI great white on ‘Shark Week’

Shark Week has featured appearances from a host of elite athletes including Rob Gronkowski, Aaron Rodgers, Lindsey Vonn, Ronda Rousey and Shaquille O’Neal, but the 2017 edition of the show featured the closest thing to a merman that the human race has ever produced. 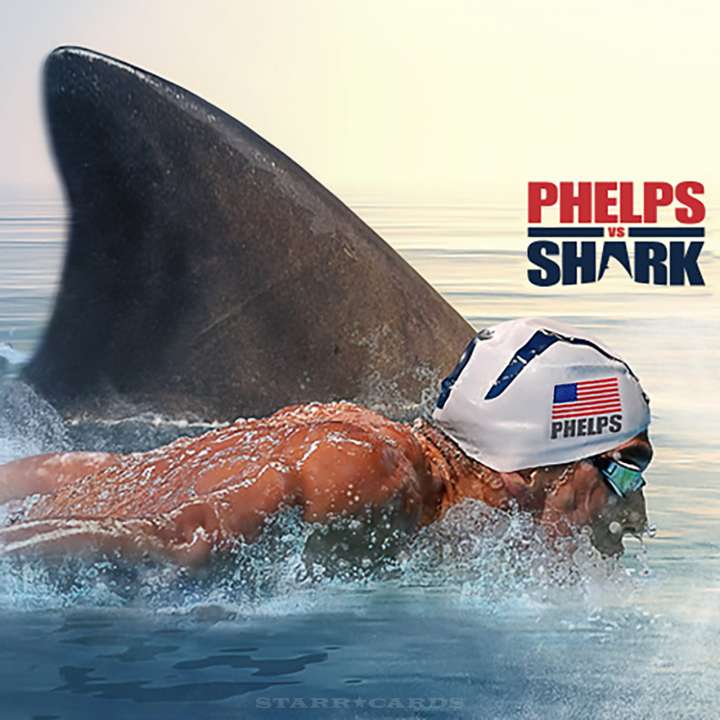 First it was Jessie Owens racing a horse, then it was Usain Bolt taking on a cheetah. Naturally, the the next heavily-hyped man vs beast race had Michael Phelps, the greatest swimmer in human history, take on a great white shark, the animal kingdom’s most-feared ocean dweller.

Two days before his race with a great white was to kick off Discovery Channel’s Shark Week, Phelps came on Jimmy Fallon to profess his nerdy fascination with sharks and penchant for getting up close and personal with the impressively-teethed creatures.

When Michael Phelps said he was gonna race a shark this is how I pictured it happening #SharkWeek pic.twitter.com/GiEfJssNhL

Despite Phelps making it clear he didn’t actually get in the water to race side-by-side with a shark, the public’s imagination ran wild with images of a Jaws-like monster in hot pursuit of the five-time Olympian.

While some were doubtlessly disappointed that the race didn’t result blood in the water, it instead ended with the CGI-generated shark out-nosing a flipper-outfitted Phelps over 100 meters.