Soccer stars are among the most idolized people on the planet. From David Beckham posing in his skivvies to the nuances of Lionel Messi‘s latest haircut, their every move is followed with rapt attention. One day, however, the nerdiest of the nerds may attract the same adulation… provided FIFA allows a team of soccer robots to compete in the World Cup. 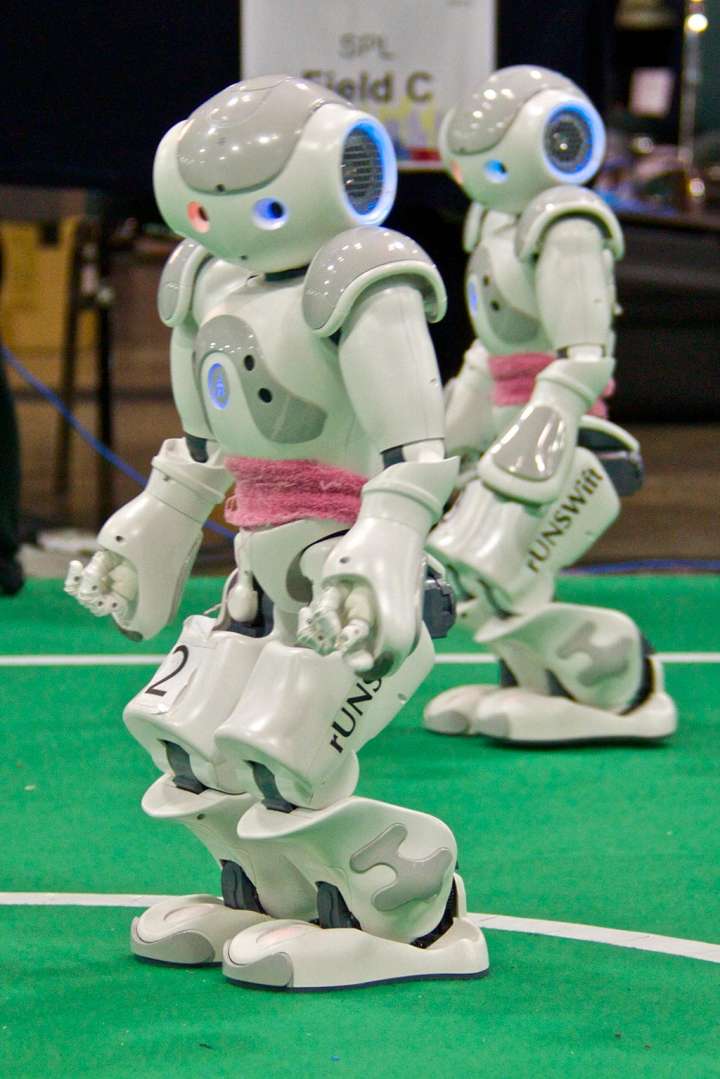 For now, there is the RoboCup. Founded in 1997, the RoboCup showcases technological advancements in artificial intelligence by having teams of robots play soccer.

The technical challenge for the engineers is daunting — programming a biped to maintain balance while walking and kicking the ball is no trivial matter. As can be seen in the above video from the RoboCup German Open 2017, unintentional flopping is still rampant.

The potential of competent play on the part of robots can be most readily be found in each new iteration of Honda’s ASIMO (Advanced Step in Innovation MObility). 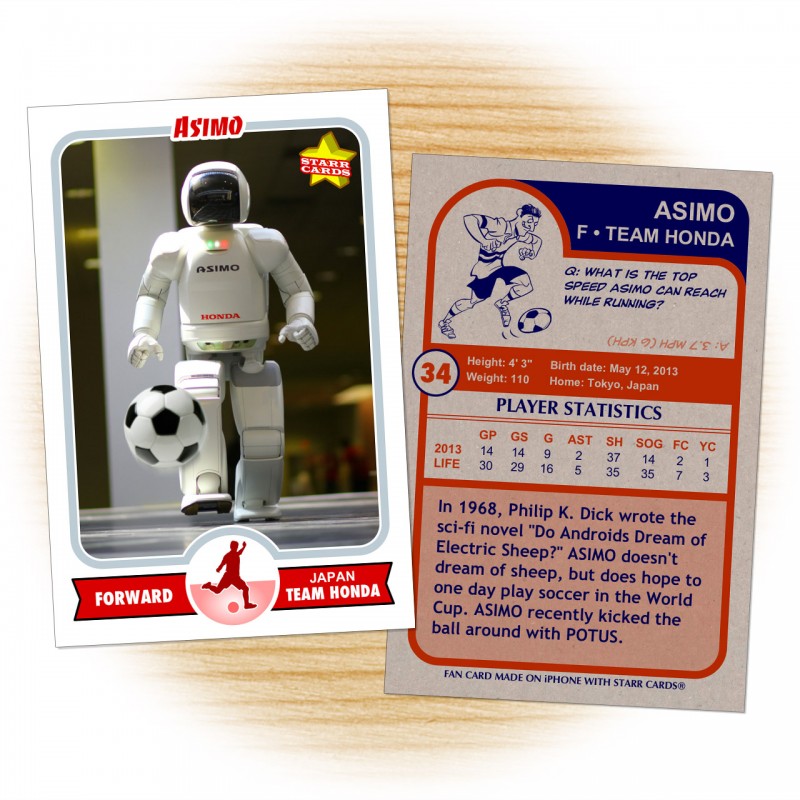 During Barack Obama’s 2014 trip to Japan, ASIMO showed some deft touch in kicking the ball to the former President, and demonstrated a keen sense of balance by hopping about on one leg.

By the time Beckham’s boys can “bend it” like their father once did, we may get to see robots going head-to-head with humans. For it to be really authentic though, robotic hooligans and WAGs will also need to be developed.