Christmas Day games have been an NBA tradition since the league’s second season in 1947. This year, five games are being played, headlined by meetings between a number of Finals favorites. 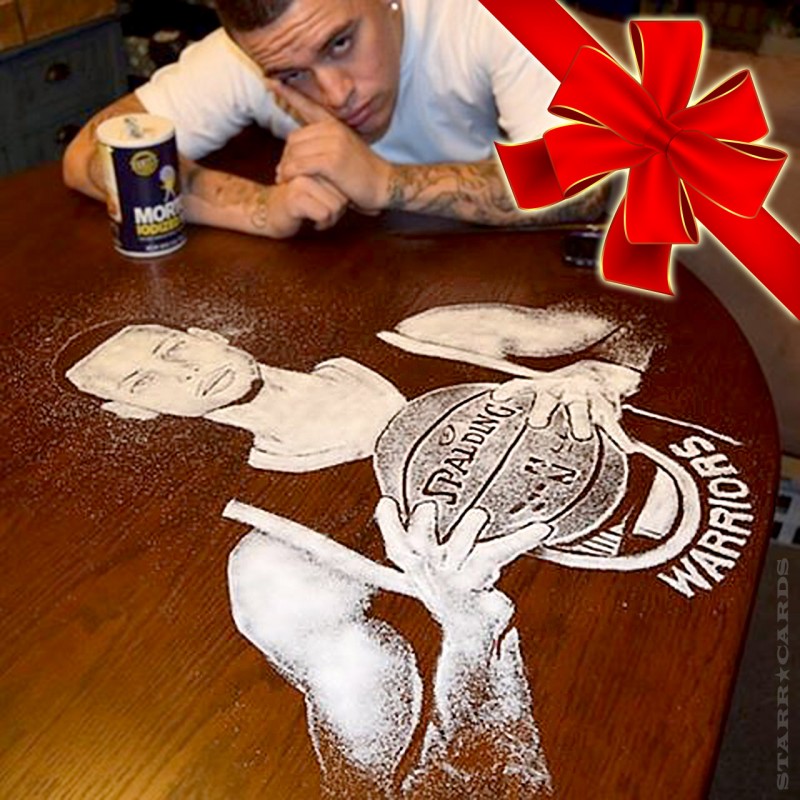 While Stephen Curry looks to get the Golden State Warriors firing on all cylinders versus the Milwaukee Bucks, LeBron James is planning to run with the Los Angeles Lakers vs the Dallas Mavericks despite nursing a sore ankle. Regardless of the outcome of the games, both of the former MVPs look great when rendered in salt. Confused? Read on…

If, by chance, you’ve invited Rob “The Original” Ferrel over to your house for Christmas dinner, plan to set the table sans tablecloth and with plenty of extra salt shakers. Scroll down to get a taste of Ferrel’s sumptuous salt art.

Ferrel, who runs a famous hair styling shop in San Antonio, Texas, discovered a second talent some time ago: brushing portraits from Morton’s table salt sprinkled atop a table.

For the 2015 NBA Finals, ESPN invited Ferrel to their studios, where he demonstrated his artistic prowess by rendering James, then with the Cavaliers, and Curry on top of the anchors’ desk.

As contemporary as Ferrel’s subjects are, the underlying art form — creating temporary masterpieces with fine particles — is ancient. For centuries, tantric buddhist monks have created images of intricate mandalas using millions of grains of sand.

Once a piece is finished, it is enjoyed for a short time, before being ritualistically wiped out as a poignant reminder of the fleeting nature of existence.